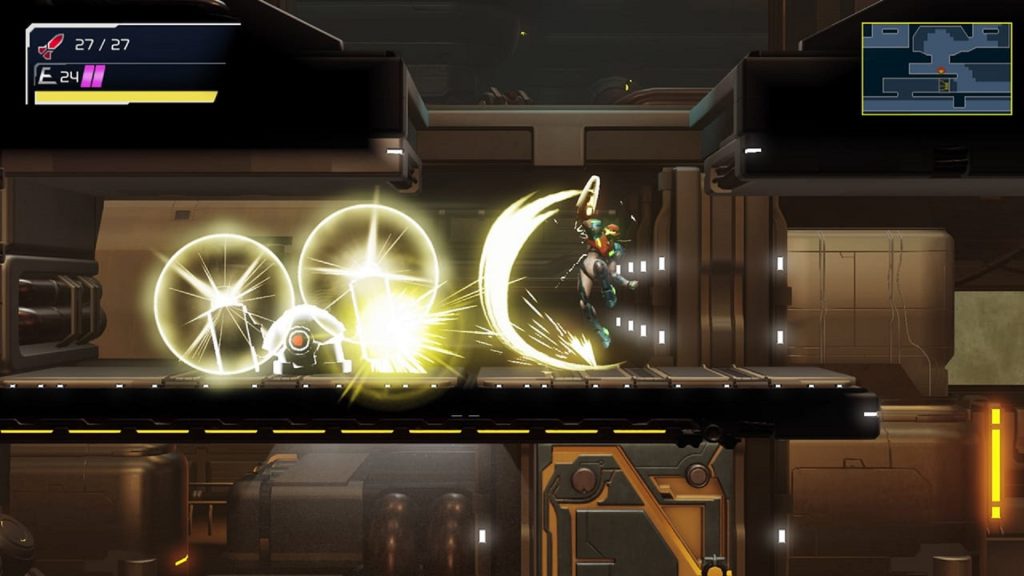 After countless leaks and rumours (and years of fervent anticipation), Nintendo finally announced a game that’s been several years in the making- Metroid Dread, the fifth mainline 2D Metroid game. The announcement trailer showed off quite a bit of gameplay footage, which was followed by a behind-the-scenes video talking about the sidescrolling title’s development history.

At their Treehouse stream following their E3 2021 Nintendo Direct, Nintendo showed off an extensive chunk of gameplay from the game as well. Beautiful environments, classic backtracking and exploration, some power ups, new mechanics such as the slide, returning mechanics such as the melee counter, and some of the enemies – such as the formidable stalker foes known as E.M.M.I. – were shown off, among several other thing. You can check out the whole thing in the video below.

Metroid Dread is out on October 8 for the Nintendo Switch. Stay tuned to GamingBolt for more coverage.