Mechanics like the Melee Counter and Free Aim return, while Samus can utilize sliding and the Spider Magnet for climbing certain walls and ceilings. 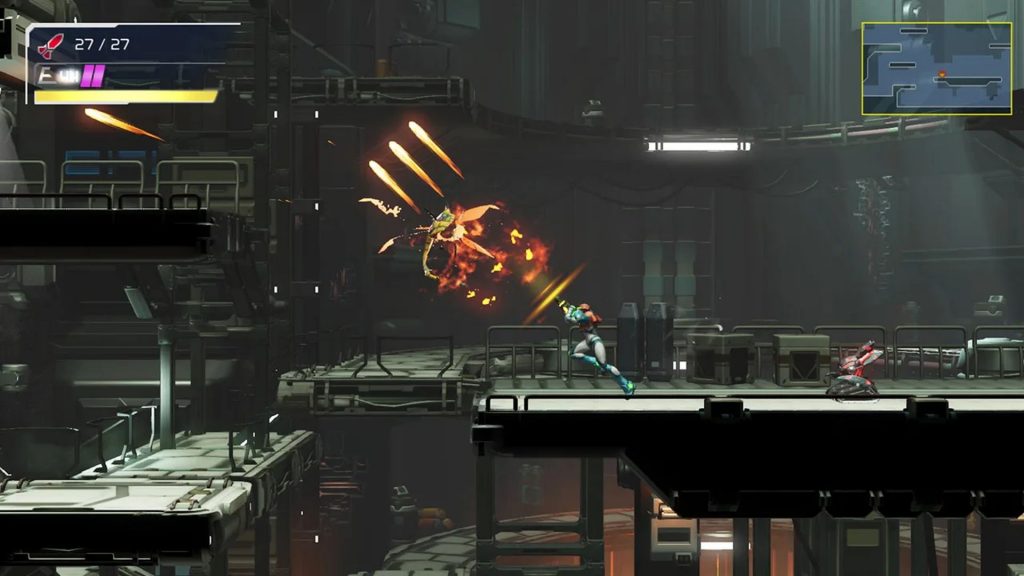 In a new development history video, producer Sakamoto Yoshio provided some new details on Metroid Dread. There’s also quite a lot of new gameplay footage that showcases the unknown planet that Samus travels to along with the killer robot E.M.M.I. that pursues her. Check it out below.

Metroid Dread marks an “end” to the story arc between Samus and the Metroids, though what that means remains to be seen in-game. The title is developed by Mercury Steam Entertainment of Metroid: Samus Returns fame and features the return of mechanics like the Melee Counter and Free Aim. As for E.M.M.I., it’s a research robot owned by the Galactic Federation. An E.M.M.I. roams each specific zone and closes in on Samus if she makes a sound.

If caught, Samus is immediately executed and her weapons have no effect on E.M.M.I. So how she’ll go about completing her objectives while also evading death will be the biggest challenge. Of course, it’s possible to stop and not make any sounds when E.M.M.I. is close. She can also hide behind objects and use the Phantom Cloak to camouflage herself. Samus can also slide and use the Spider Magnet to climb on certain walls and ceilings.