Microsoft and Nintendo Both Stand to Gain Immensely, and Change the Industry, With Game Pass on Switch

Game Pass on Switch could be a literal game changing development the likes of which this industry has never before seen.

Rumors broke recently that Microsoft is looking at bringing Game Pass, via xCloud, to Nintendo Switch. The rumors come on the heels of Microsoft and Nintendo having worked collaboratively over the last couple of years—just last month, for instance, we reported that Microsoft’s cross-platform Xbox API will bring Xbox Live to the Nintendo Switch, allowing third parties to use Xbox Live for their online infrastructure on Nintendo’s platform, should they so choose.

Even so, these rumors were surprising—and while it was easy at first to dismiss them, more and more sources rapidly began corroborating them. Game Informer, Jeux Video, Gematsu, Windows Central, all confirm having heard similar things. There’s a lot of smoke here, for such a ludicrous notion—Microsoft is bringing their services, and via it, their lineup, to Switch. They are even apparently porting games to the Switch, such as Cuphead and Ori and the Blind Forest. Why in the world are they doing so? What do they stand to gain from this? Why would they willingly give away their exclusives to a competitor? What does Nintendo gain from this? How would this even happen?

Let’s try and tackle those questions—for starters, why is Microsoft doing this? This question can actually be the most significant one if you are stuck in the traditional, discrete console units sold mentality. The thing is, Microsoft doesn’t have that mentality. It’s not trying to play on that playing field anymore, because company-wide, Microsoft is trying something different entirely.

The important thing to remember as we go into this discussion is that Microsoft is primarily a software and services company, and it has been that through its history. It is not a company that cares about platform lock-in. When Windows and Mac fought tooth and nail for marketshare, Microsoft still put Microsoft Office and Internet Explorer on Mac. When Microsoft had Windows Phone for their smartphone arm, they were still putting Office, Outlook, Edge, and Xbox apps on iOS and Android. Azure, Microsoft’s cloud service, is platform agnostic, and will work no matter what platform you use. Microsoft has even started to embrace Linux of late.

While Microsoft did attempt briefly to try and be a platform holder with ecosystem lock-in under Steve Balmer, under Satya Nadella, they have returned squarely to being a platform agnostic services provider. Put simply, Microsoft doesn’t care if you don’t buy their hardware, or don’t use their OS. But they do care that once you do use whatever hardware or OS it is that you like, you are using their software and services. That’s why they will sell you Office on Mac, and allow Edge on Android. They don’t want to make customers come to them, they want to be where customers are by being all pervasive, and therefore being there by definition and default. The shift to Xbox using MAUs as its metric of success, then, while definitely also an attempt to obfuscate Xbox’s own performance, is also in line with the larger push towards services and subscriptions Microsoft has made.

To them, Xbox is not the point, like PlayStation is for Sony, or Switch is for Nintendo. Xbox is a means to an end, said end being the further spread of their services and software. Xbox is useful inasmuch as it allows them to perpetuate their services and software further. Having Xbox do well is important because when Xbox does well, they get further avenues for their services. But Xbox hardware itself is not the point, it has never been the point. Hardware is a low marking business, and Xbox especially so. For most of its history, it has been sold either at razor thin margins, or even outright losses. Selling Xbox in and of itself is not a business goal for Microsoft—what comes after an Xbox is sold, on the other hand, is.

Keeping this mentality in mind, let’s talk about the other shift within Microsoft, particularly Xbox, over the last few years. Xbox has transitioned to focusing squarely on Game Pass. Microsoft has stated an aspiration for Game Pass to be the “Netflix of gaming”. It’s an admirable thing, and it’s nice to want things—but Netflix is huge. It’s a global presence, ubiquitous, and practically synonymous with streaming video media.

Netflix achieved this by being literally everywhere. Every device on the market (except, ironically enough, for the Switch) runs Netflix. And Netflix is cheap—we complain about their price hikes, but they give us access to hundreds of great titles, with no limits, for $10 to $15 a month. That low price, and availability everywhere, as well as the intrinsic appeal of their catalog, is what has caused Netflix to be so entrenched. Anyone competing with Netflix would need to fight on all three fronts (which is why other video services have had such a hard time trying to match them).

Microsoft’s announcement of xCloud was significant for this reason—this would allow Xbox games to come to other, non-Xbox hardware via streaming too. Suddenly, we could see Xbox’s lineup, and Game Pass, be viable on smartphones and PCs. And those are major, massive markets, even accounting for the fact that not every Android phone owners wants to play Halo 5: Guardians.

And then there is the Switch. The Switch market is all video gamers. It is, currently, 30 million (and much more by the time Game Pass comes on Switch, if it does) additional subscribers for Game Pass to pick up. There are people who either own only a Switch, or who own a Switch and a PS4–suddenly, Microsoft has a chance to get $10 from them every month because Game Pass is on Switch. And these players are now using Xbox services, and they are locked into the Xbox ecosystem. They have a GamerTag, Achievements, Xbox friends list, even an Xbox library. If an 8 year old with a Switch, and an Xbox identity, is to buy their own first console at the age of 14, which one are they likely to pick? An Xbox, which lets them continue on? Or a PlayStation, where they have to start over?

For Microsoft, then, the benefits are immense. They get to push Game Pass (which they make appealing via content—this is where their purchases of studios comes in handy), they get additional revenues, and they get ecosystem lock-in. And yes, Xbox consoles are also important in this scenario, because there is a market for those who want to play Halo not over a stream, but in real 4K on native hardware, and Xbox consoles are for that. Xbox consoles are for Microsoft to have a direct path to those customers willing to buy into their ecosystem directly. Xbox consoles let Microsoft earn a 30% cut from all third party games. Xbox still has a place, even as Microsoft puts its services and games on a competing platform like Switch.

And what about Nintendo? What does Nintendo stand to gain from this? Nintendo too gains a lot—first off, the Switch itself suddenly gets access to major third party games that otherwise can’t run on it. All of a sudden, Hitman 2 is on the Switch. That makes the Switch a more appealing purchase for the end customer. Nintendo, presumably, gets Game Pass locked behind a Nintendo Switch Online subscription—it gets to push those subscriptions. Since Game Pass is on Nintendo’s platform, presumably there is a revenue sharing arrangement. And finally, since Microsoft has brought over Xbox Live to Switch as part of this arrangement, it allows Nintendo to offer third parties an appealing SDK and API, and make the Switch still more appealing to them. 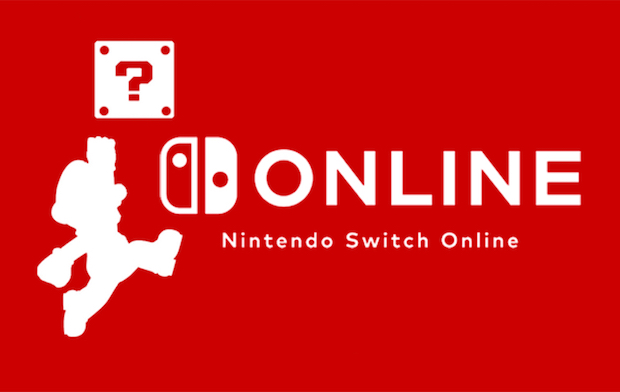 The thing to remember with Nintendo is, it is an old fashioned company. It isn’t trying to sell you services, it wants to sell you its games and hardware (and selling whatever services it does, such as Nintendo Switch Online, is a part of that). It’s the polar opposite of Microsoft. For Nintendo, conceding ground to competition on the services front is acceptable as long as it gets to sell more units of the Switch, and more Pokemon and Zelda as a result. For Microsoft, conceding ground to the competition on consoles and exclusives is acceptable as long as it gets to get more users for its services and subscriptions. The two companies, and their broader strategies, are fully complementary as a result.

Which means they both stand to gain from something like this happening—and if it does happen, then the implications could be unprecedented. Throughout the history of this industry, we have never had such a level of integration and cooperation between two platform holders. This stands to change the paradigm severely. It stands to make Microsoft the leader on the games services front by a thorough degree. It stands to make the Switch an unmatched appealing console by being one that runs Nintendo games, indie games, mid level Japanese games, Microsoft games, and all third party games. It completely changes the equation. If this were to happen, both, Nintendo—via unit sales of the Switch—and Microsoft—via subscriptions to their services, and MAUs—could potentially gain incredibly immensely.

It is a rumor for now, but there’s a lot of smoke, so there has to be some fire. And if there is, then this is a game changer on the level we have not had one since the original Nintendo Entertainment System. If this is true, the gaming industry could be a very different place a couple of years down the line.