Microsoft Did Not Interfere With Gears of War 4 Development Process, Says Developer

Time to put those tinfoil hats away, guys… 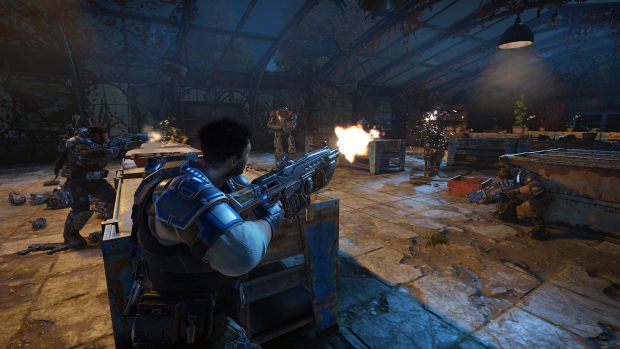 Given that, one might think that Microsoft did interfere with the studio and its development process- that maybe, even, Gears of War 4 was ultimately imposed upon the studio, who would rather have worked on something else, if given the choice. There was also the question of a lot of decisions regarding the game that seemed a bit dubious before it released, and gave that same impression- such as the inclusion of in game microtransactions, the unreasonably priced Season Pass, and the overly safe nature of this game. However, in an interview with Eurogamer, The Coalition’s Rod Fergusson and Ryan Cleven said that there was no interference from Microsoft.

“There was no central mandate from Microsoft to make this game one way or the other,” said Cleven. “The development cycles on this game are long, and [the in game microtransactions were] something that very early on we were interested in.”

Fergusson, meanwhile, has a more tempered take on the issue. “It’s sort of, you push the platform by asking: ‘these are the kinds of things I want to do in the game, can the platform support that?’ And you also get questions like ‘hey, these are our platform directives, as a first-party studio, can you help light that up on the platform?’ But even as a second party we had that. When party chat first came online on Xbox 360, they were like ‘hey Epic, can you make sure that party chat is implemented?’ We were helping to support the platform initiatives there too.”

So yes, in the end, it sounds like The Coalition made exactly the game that they wanted to make. Whether or not you like it is up to you- but conspiracy theories about Microsoft interfering with developers’ creative processes are just that, conspiracy theories.