Microsoft will be going in guns blazing this year. Here’s what to expect.

E3 2015 is roughly two weeks, especially when you take into account the fact that Bethesda will be holding its first E3 press event ever on June 14th. The regulars will be out to impress on June 15th onwards and that includes Microsoft, Sony, Ubisoft and EA, followed by Nintendo and Square Enix. That’s not even including a PC Gaming event organized PC Gamer and AMD with various publishers attending.

In the lead-up to E3 2015, we’re going to preview what to expect from Microsoft’s conference. This includes expected gameplay reveals, announcements and some things that just may not be happening. 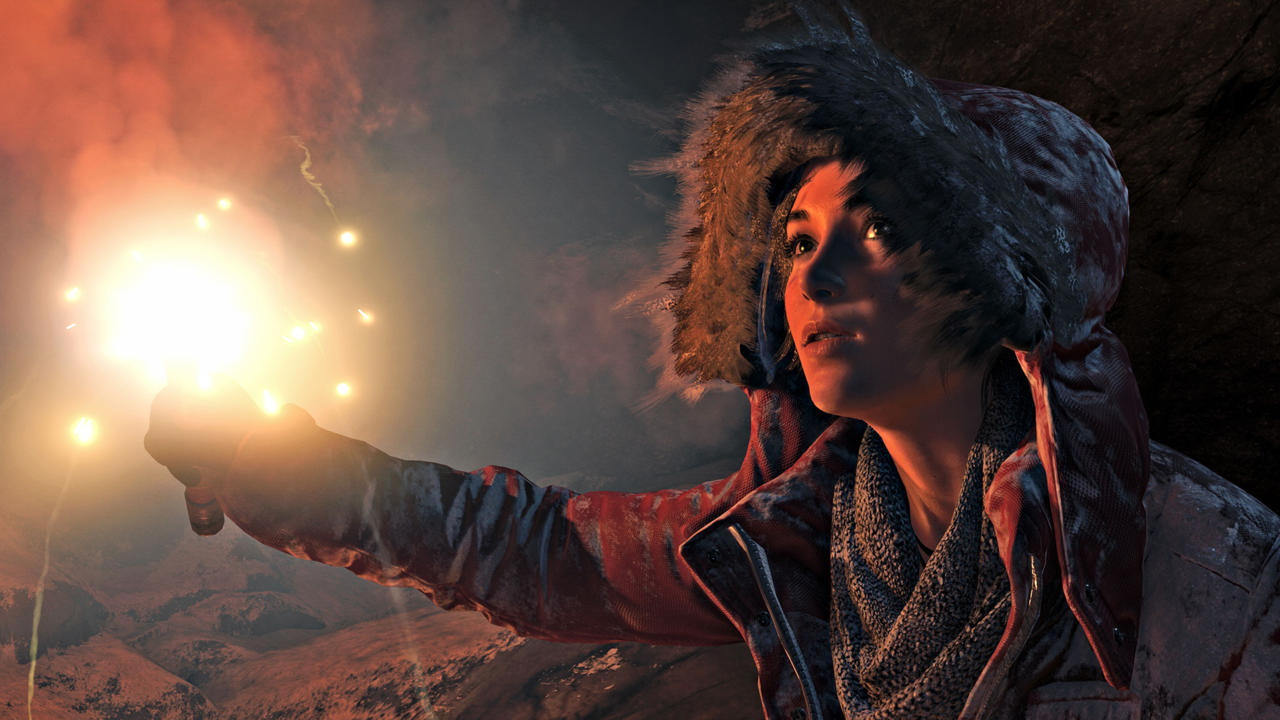 Much like last year, we’re sure Microsoft is going to show-off plenty of gameplay footage from some of its bigger name titles, especially Halo 5: Guardians and Forza Motorsport 6. We wouldn’t put it past the company to try and recreate the success of Halo 2’s E3 2003 demo with Halo 5: Guardians, expect without all the visual trickery employed. There’s certainly no bigger stage to unveil the campaign for the first time though.

Forza Motorsport 6 is expected to be even more straightforward but we have confidence in the visuals delivering. What we’re much more hyped about is the first gameplay footage Crystal Dynamics’ Rise of the Tomb Raider. Along with an expected release date, we’re going to find out for the first time just how the new Tomb Raider will control. Honestly, we’re expecting some mountain climbing, a few little hunting montages showcasing how the game’s crafting system will work and maybe a preview of the complicated tombs that were missing in the 2013 reboot. It may be fairly rudimentary but Crystal Dynamics won’t have to work too hard to impress us. We only need a short glimpse how well Rise of the Tomb Raider expands on its predecessor.

Call of Duty: Black Ops 3’s single player footage will also be making an appearance because, well, every Call of Duty title in recent years has appeared at Microsoft’s show. We honestly don’t know what to expect. Ghosts didn’t really impress us but Advanced Warfare at least got us excited for the single-player campaign. What direction will Black Ops 3 go in and will it really matter when everyone is actually hyped for the multiplayer? We’ll find out at E3 2015.

It’s somewhat of a shame that Microsoft hasn’t really expanded much on offerings revealed at last year’s E3. There’s no ETA on Crackdown, Scalebound or the many ID@Xbox titles like Below or Inside. Crackdown may surprise us yet, showcasing a co-op action title (possibly free to play?) and updating the previous game’s superhuman crime fighting for a new generation.

There does seem to be some glimmer of hope that Platinum Games’ Scalebound will be announced for this year. While one would assume that it’s being created to appeal to the Japanese market, it’s worth noting that Platinum Games hasn’t been seeing the greatest success in the country with its past few releases (and those were on the Wii U, a console more prominent in Japan than the Xbox One). It’ll be interesting to see how that influence’s Scalebound’s Western release but suffice to say, we’re looking forward to this more than Suda 51’s Let It Die on PS4.

As a side note, it’s not as though Microsoft hasn’t released any titles under its ID@Xbox banner. Ori and the Blind Forest was amazing while Double Fine’s Massive Chalice will be available as part of Xbox Live’s Games With Gold initiative. But when you consider some of the other names that have us significantly more hyped – like Below and Cuphead – we can only hope for some new information soon.

Remember Tom Clancy’s The Division, intermittently delayed into 2016? Remember the beta that was to be released early on the Xbox One? Granted, that’s more on Ubisoft with its delays and whatnot but if the publisher wants us to believe that its action MMO is ever releasing, some details on the Xbox One beta at Microsoft’s show would be helpful. 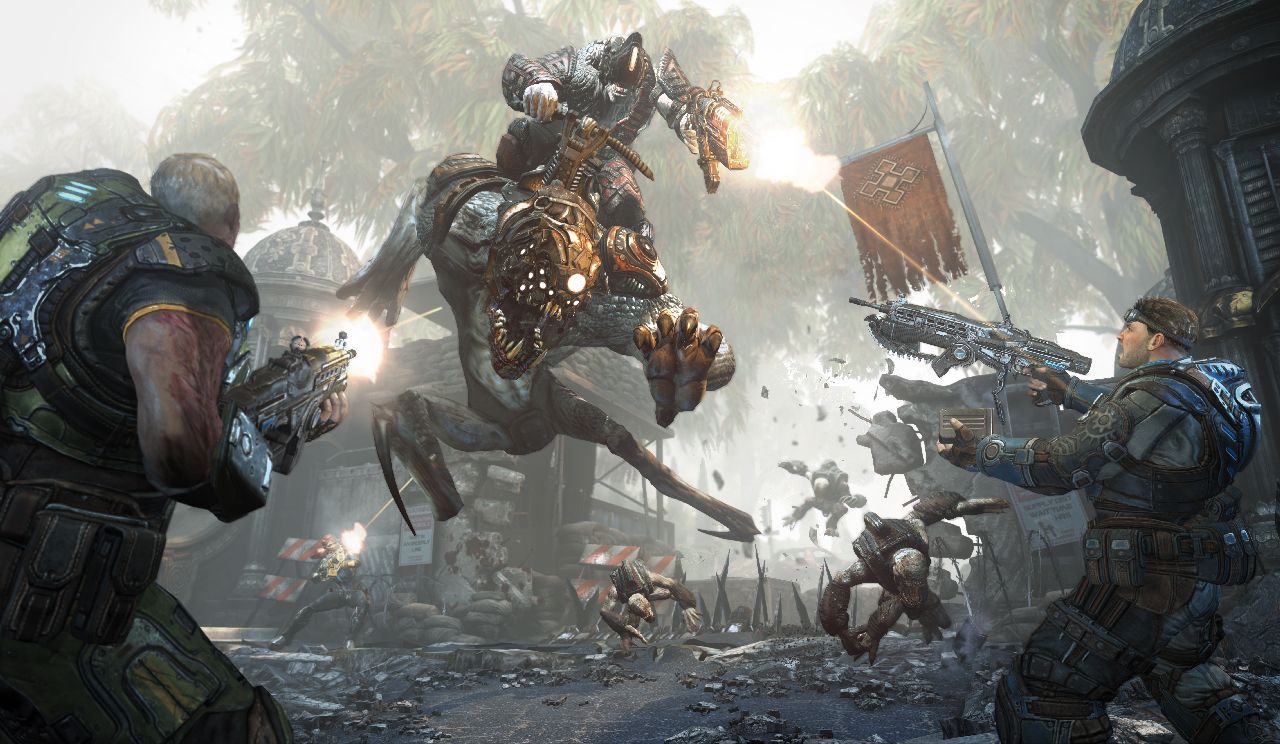 We’re not sure what to count on when it comes to expected game reveals. With all the new IPs shown last year, who’s to say what we can precisely predict this year?

Nonetheless, amid all the leaks and announcements, there are two key players to watch out for at Microsoft’s  E3 event: Gears of War Remastered and Rare’s next big game.

Gears of War Remastered is an interesting choice by Microsoft. It’s not trying to remaster the entire Xbox 360 series but considering how horribly that worked out for Halo: The Master Chief Collection, this pared back approach may be better. That being said, we’re curious just how much value could be derived from a singular release. Retroactive Horde mode at least feels like a possibility but at this point, we’re kind of sick of Horde mode.

Rare’s next game, on the other hand, is an even bigger ambiguity in the world of gaming. It won’t be a Kinect title and there’s at least some indication that Rare will be delivering a top-notch, AAA experience. Banjo-Kazooie and Joanna Dark may or may not be returning but smart money is on a brand new IP for a clean slate.

There is one thing we can be relatively sure of: Silent Hills won’t be revealed for the Xbox One. Phil Spencer has already denied rumours of the same and honestly, at this point, it doesn’t make any sense. Silent Hill as a franchise is owned by Konami and resurrecting Silent Hills will require an enormous amount of effort to live up to its original billing. That means getting Hideo Kojima and Guillermo del Toro on board. Granted, we’ve heard stranger things than Kojima working for Microsoft but does anyone really believe Silent Hills warrants that level of power play?

If it does happen – and keep in mind that anything can happen at E3 so you always have to account for that 0.1 percent of doubt – we won’t be completely surprised. We’ll just be racking our brains as to what kind of deal Microsoft struck to make it happen and how much it will resemble the original direction of the project.

The only facet of Microsoft’s repertoire we’re still up in the air about is HoloLens. We believe Microsoft will try to avoid any Kinect-like disasters and either briefly show HoloLens or reserve it for other events. It could even have the device available on the show floor for testing. It could become a prime aspect of the E3 event but it’s safe to say that Microsoft has learned its lesson from focusing too much on new, “gimmicky” devices.

What are you looking forward to at E3 2015 from Microsoft? Let us know your predictions in the comments below.