Microsoft reveals the bevy of new games being added to the catalog of Xbox Game Pass for consoles, PC, and cloud. 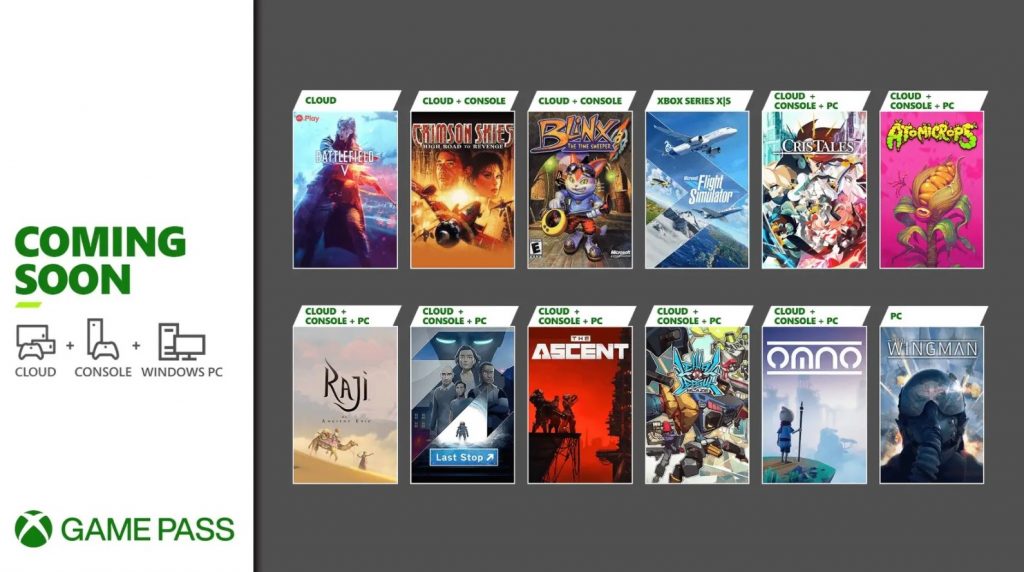 Microsoft has detailed the newest batch of games being added to Xbox Game Pass across PC, Xbox, and cloud, and there’s quite a few major games coming to the service over the next few days- many of which we’ve known about for a while, of course. For starters, there’s Microsoft Flight Simulator, which is releasing for Xbox Series X/S on July 27 and is going to be available with Game Pass right at launch. Meanwhile, there’s also The Ascent, launching on July 29, which will be available via Xbox Game Pass on consoles, PC, and cloud on day one.

Cris Tales is out today and is also available via the service on all three platforms, while Battlefield 5 has been added to the cloud library via EA Play. Meanwhile, Raji: An Ancient Epic is being added to Game Pass on Xbox, PC, and cloud on July 22, while Crimson Skies: High Road to Revenge is coming to the cloud and console library on July 26.

Meanwhile, touch controls have also been added to over 80 games in the Xbox Game Pass cloud library, including the likes of Outlast 2, Darkest Dungeon, Fable Anniversary, Fable 2, Fable 3, and many more. Get more details through here.