Minecraft Has Sold Over 100 Million Copies To Date

That’s a lot of Minecraft…

Acquiring Mojang and Minecraft two years ago might have been the smartest move they’ve made in a while. Ever since Microsoft bought it, Minecraft has sold 50 million copies across PC, consoles, and other platforms, for a total of over 100 million copies sold worldwide to date- this makes it the highest selling game of all time.

It is unclear, however, if the 100 million number also includes the ‘Pocket Edition’ that is sold on smartphones and tablets, because the press release only mentions ‘other platforms’ after explicitly mentioning PC, Xbox 360, and PS3.

Minecraft is currently available on PCs running Windows and Mac, as well as Xbox 360, Xbox One, PlayStation 3, PlayStation 4, PlayStation Vita, Wii U, and smartphones and tablets running iOS, Android, Windows, and Kindle. With 106 million units sold, Minecraft would be the fifth most populous nation in the world if each copy it has sold were a person. You can check out a handy infographic Microsoft and Mojang have sent with the press release below for this, and other cool facts. 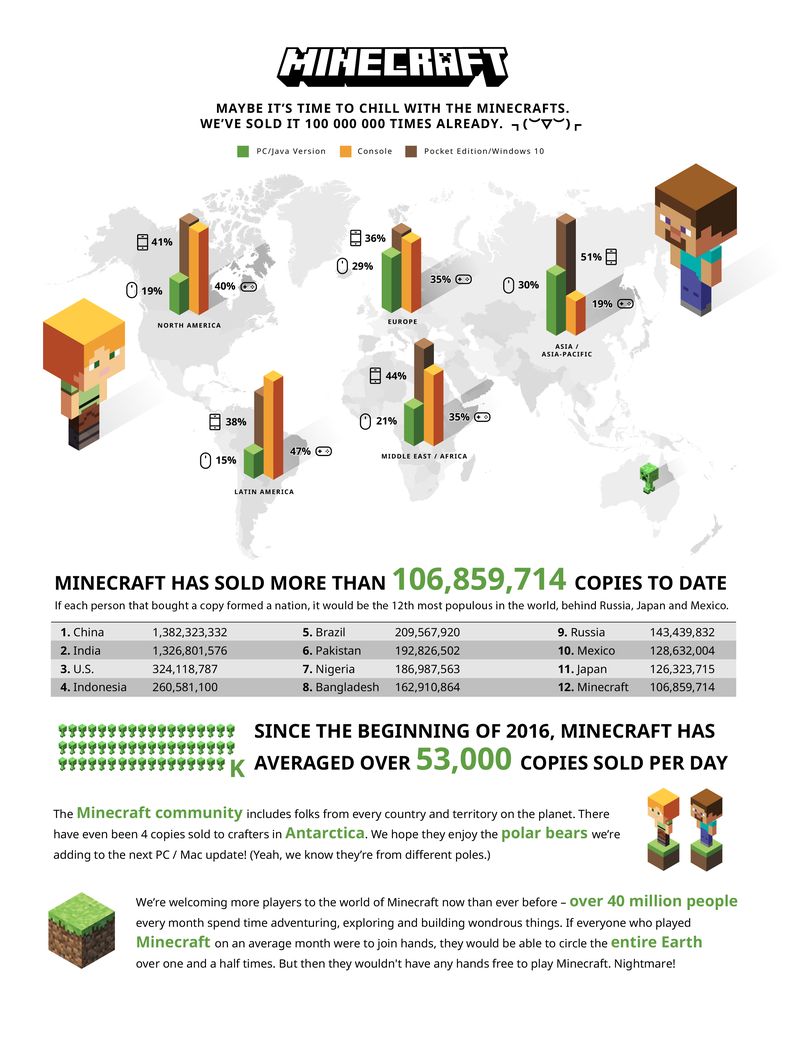