Have you ever wanted the thrill of taking control of Commander Shepard in the quest to save the universe but from the pixelated confines of Minecraft? Rejoice then, because 4J Studios has partnered with Bioware to release the Minecraft: Mass Effect Edition on September 4th for the Xbox 360. Check out the screenshots below. 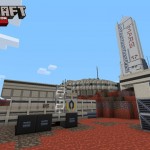 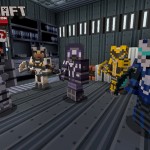 The Mass Effect Edition adds textures, 36 character skins, the Mars facility from Mass Effect 3 and 22 tracks the series, along with plenty of items from the series that can be crafted. We’re not sure if the portable nuke launcher is an optionl weapon but dear lord would it make combating the undead even more awesome.

According to Kotaku, Minecraft: Mass Effect Edition will retail for $3.99 when it hits Xbox Live this week. What are your thoughts on it? Does it feel a bit empty without romance options between the blocky depictions of our heroes? Let us know what you think below in the comments.