Other notable games are also included in the lineup, such as Dragon Age 2, Cricket 22, Star Wars Squadrons, and more. 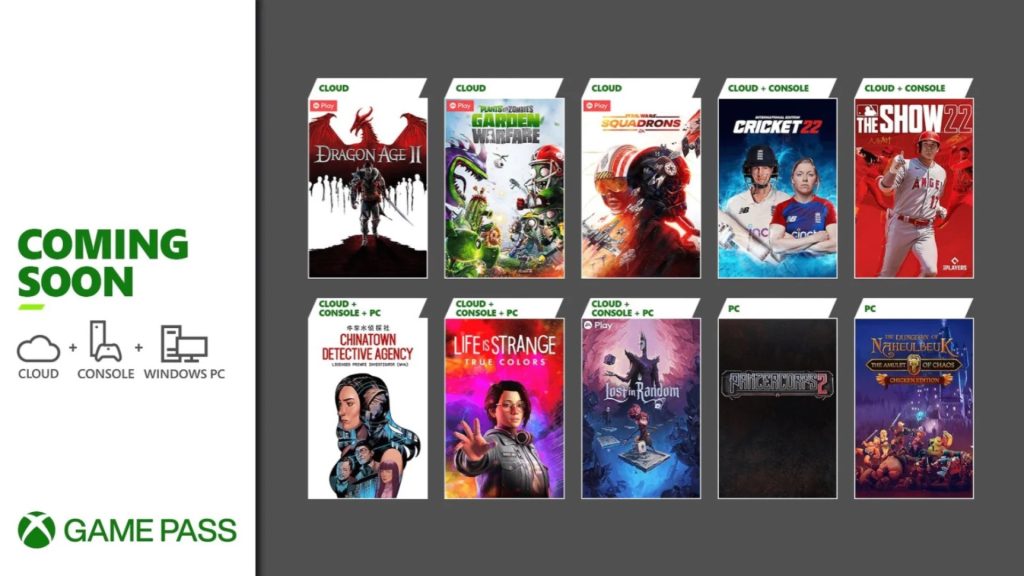 The lineup of games to be added to Game Pass across console, cloud, and PC in the first half of April was recently leaked, and that leak has turned out to be accurate. Microsoft has officially unveiled the fresh batch of games coming to the service, and there’s quite a few big names in here.

For the sports enthusiasts out there, MLB The Show 22 and Cricket 22 are both available on Game Pass for console and cloud starting today. Starting April 7, cloud users will be able to play Dragon Age 2, Star Wars Squadrons, and Plants vs. Zombies: Garden Warfare via EA Play. The same day will also see the launch of Chinatown Detective Agency, a cybernoir point and click adventure, for Game Pass on console, PC, and cloud.

April 12 is also going to see some activity, with the addition of Life is Strange: True Colors (console, cloud, and PC), strategy title Panzer Corps 2 (PC only), and tactical RPG The Dungeon of Naheulbeuk (already available on console and cloud, coming to PC).

Finally, on April 14, Xbox Game Pass Ultimate subscribers will get access to Lost in Random on PC, cloud, and console via EA Play.