Monster Boy and the Cursed Kingdom Still Coming to PC

A free demo is planned for this month. 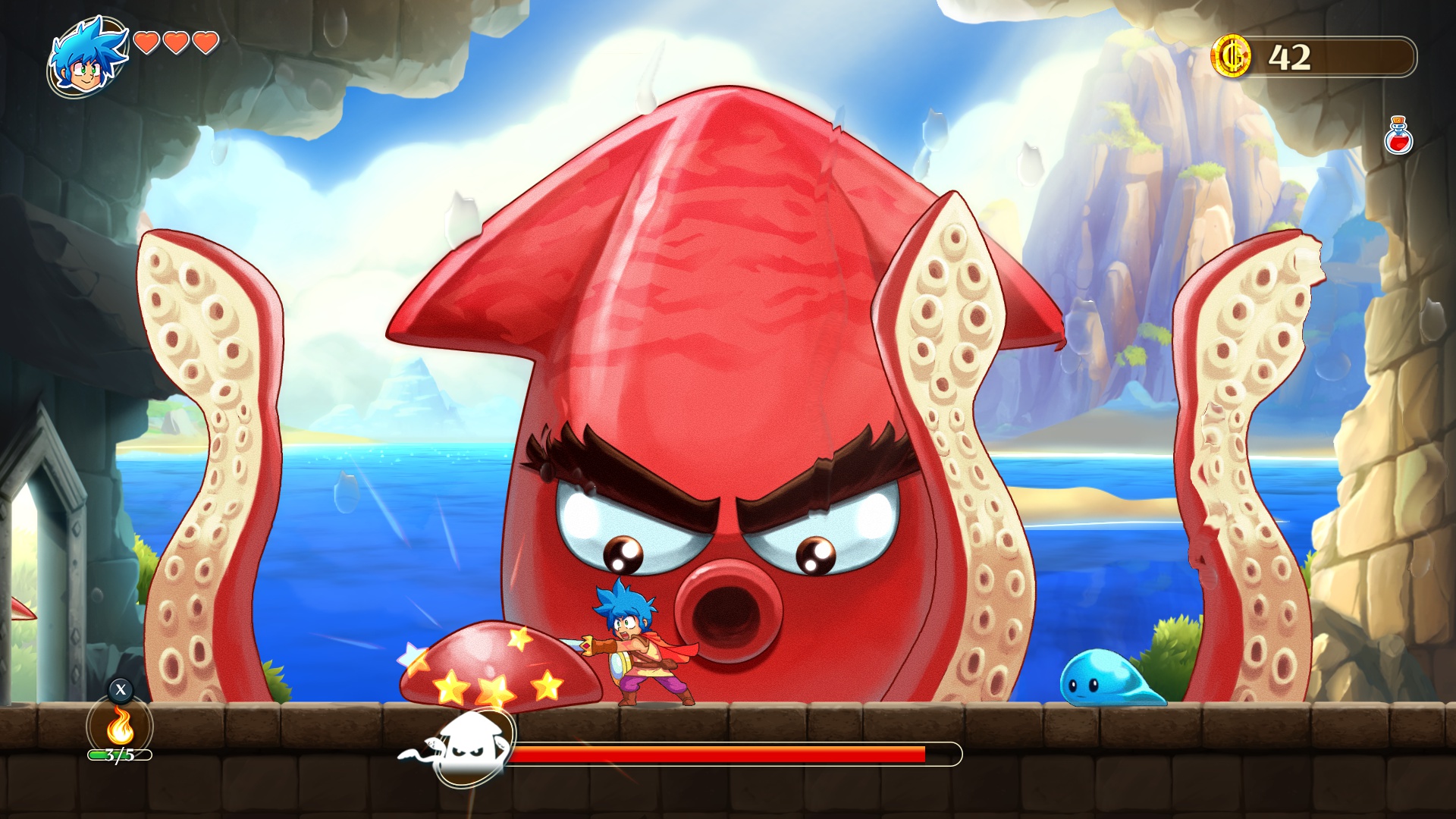 Monster Boy and The Cursed Kingdom first launched in December 2018 for Nintendo Switch, Xbox One, and PS4. It was pretty well received, with the Switch version outselling its counterparts by eight times. The PC version has been seemingly missing for the past few months, but publisher FDG Entertainment has finally offered an update.

Long story short, the game is still coming to PC, and a free demo could be out some time this month. That depends on its overall performance, but the emphasis is on creating a compelling launch experience with the full game.

The publisher has also shared more information on PC-specific features that players can expect. All the patches from the current console version will be included, along with customizable controls and controller support. Ultrawide monitors will also be supported due to some levels and scenes actually being wider than 16:9. Boss fights are still at 16:9, but they’ll apparently mesh together well with ultrawide scenarios. This feature can be tested in the upcoming demo, so stay tuned.