Damn, February 13 is a big day for Nintendo, isn’t it? 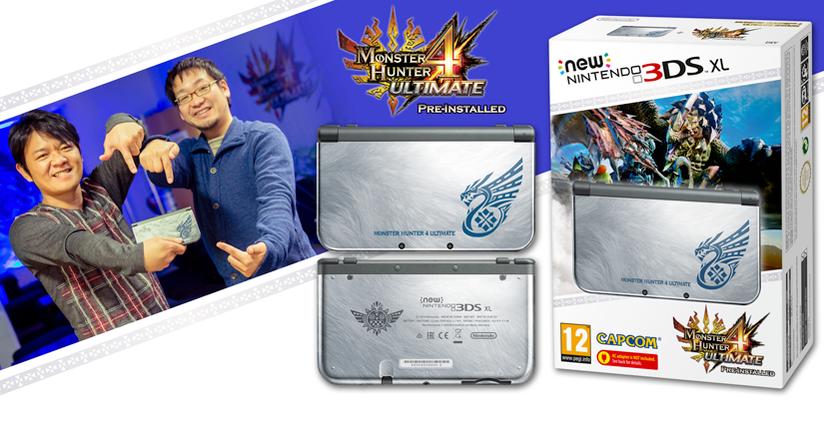 Monster Hunter 4 Ultimate will also be a 3DS enhanced game, and of course, simply by sheer positioning, is one of the ‘launch titles’ for the New 3DS; to celebrate this fact, Nintendo is pushing out a Special Edition New 3DS XL. You can see it above, and it actually looks really sexy with that sleek metal finish. Unlike the Majora’s Mask bundle, this bundle will also come with the game pre-installed, so it actually ends up being better value.

Stay tuned to GamingBolt for more coverage of the game.