Fire, ice and mud combine for some tough fights. 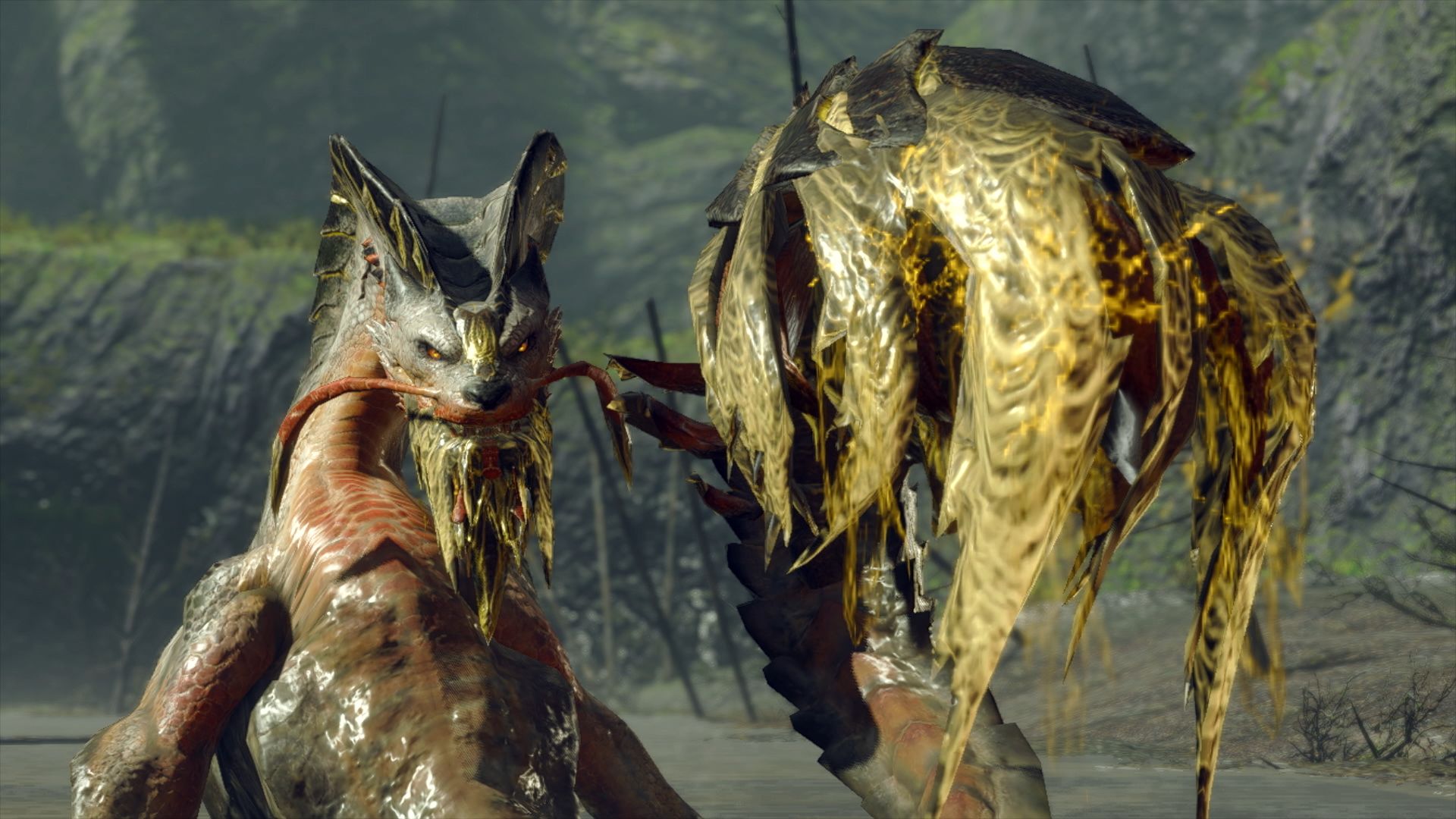 Debuting in Monster Hunter Rise, Goss Harag is a Fanged Beast that uses Ice attacks and can inflict Iceblight. It’s been given the name “The Limb Reaper” due to its ability to create ice blades for its arms. In terms of breakable parts, the head and forelegs are worth focusing on, with the former being susceptible to all kinds of damage. You can also target the Ice Clumps on its arms since Cutting and Impact damage are very good against it. Fire is also very good, though the damage depends on where you hit. In terms of ailment weaknesses, Fireblight and Blast are decent.

As noted above, Goss Harag can attack with ice blades on its arms. These blades can also be planted into the ground and shattered with the debris causing damage. It can also fire off icy blasts at players and smash the ground to create shockwaves. When the fight starts, Goss Harag will flail about and attempt to hit you with its claws (even being able to upend rocks, though they won’t travel too far).

Be careful – a single double pawed strike can send you flying up into the air. The monster is also capable of charging and closing the distance. Another dangerous attacks sees Goss Harag striking down with the player momentarily trapped, and then following up with another strike. Use a Wiredash to escape before the second hit strikes.

Things start getting interesting when it fires ice blasts and creates its ice blades. After slamming a blade into the ground, Goss Harag may be briefly stuck. Use that opportunity to target the Ice Clump – breaking it will knock the beast down. Keep attacking its head for maximum damage and be wary when it starts using two ice blades, since it can fire off some projectiles with each slash. Due to its strength and decent maneuverability, Goss Harag can be difficult to properly get a bead on. Be patient with your attacks, staying out of range of its slashes and sticking close when it glows red to avoid its icy blasts.

How to Defeat Rathalos

One of the most iconic Flying Wyverns in the series, Rathalos returns and is as much of a nuisance as ever. Much like Rathian, it shoots Fire projectiles from its mouth that can inflict Fireblight. Its claws can also deal Poison damage and the fact that it goes airborne constantly can make this a rough fight. Elemental weaknesses include Dragon, followed by Thunder and then Ice and Water. Thunderblight is a decent ailment to inflict – otherwise, Rathalos is immune to Poison and Blast damage. Its head is the main weak spot followed by its wings and tail.

While it won’t charge back and forth too often on the ground, Rathalos will its tail and shoot fireballs from its mouth. Aim for its head, ensuring that you’re attacking from an off-angle to avoid any fireballs. Staying close to its torso will help avoid any tail sweeps. When it’s airborne, Rathalos will still swipe its tail and attempt to hit you with its claws. Dive out of the way if there’s not enough distance for simply dodging.

It can also perform a sweeping fire attack that deals heavy damage so make sure you’re not standing right in front of it. Also beware of when it suddenly backs up into the air since it shoots a fireball in the process. Keep some Flash Bombs handy to ground Rathalos when needed and lay in the damage.

How to Defeat Almudron

Despite its appearance, Almudron is actually a Large Monster and not a Leviathan. It deals Water damage and can inflict Waterblight while being weak to Fire, followed by Ice and Thunder. Fireblight is decent against it and its main weak points are the head and tail tip (though Cutting damage is good against the tail and Impact damage is good on the abdomen).

So what’s Almudron’s gimmick? To put it shortly, mud. Lots and lots of mud. It will attack generously with its claws but starts stirring the mud with its head and tail, sending it off in waves. The mud will linger for a short time so be careful not to get caught. Almudron is also capable of a huge somersault that can send a wave of mud in your direction while allowing it to reposition.

It will also submerge into the water, peeking out with its upper body at one end and it’s tail on the other. While this can be a good opportunity to target its head, its tail can lash out if you get too close from the front. Later on, its tail will carry a large boulder – thankfully, destroying it is easy enough.

Hit it enough times in the head and it will be downed for long enough to inflict damage. Once it starts skipping around, use the Wirebug to fly up and avoid all the mud puddles that start forming. Almudron will also coil upon itself and spin, unleashing mud puddles around it that explode after a short period. Sticking close to its body for the most part while keeping an eye on the various mud puddles and chipping away at its health is the safest way to eventually down the beast.