The costume transforms the Palamute into Mega Man's canine companion with new animations. It will be unlocked in a new event quest. 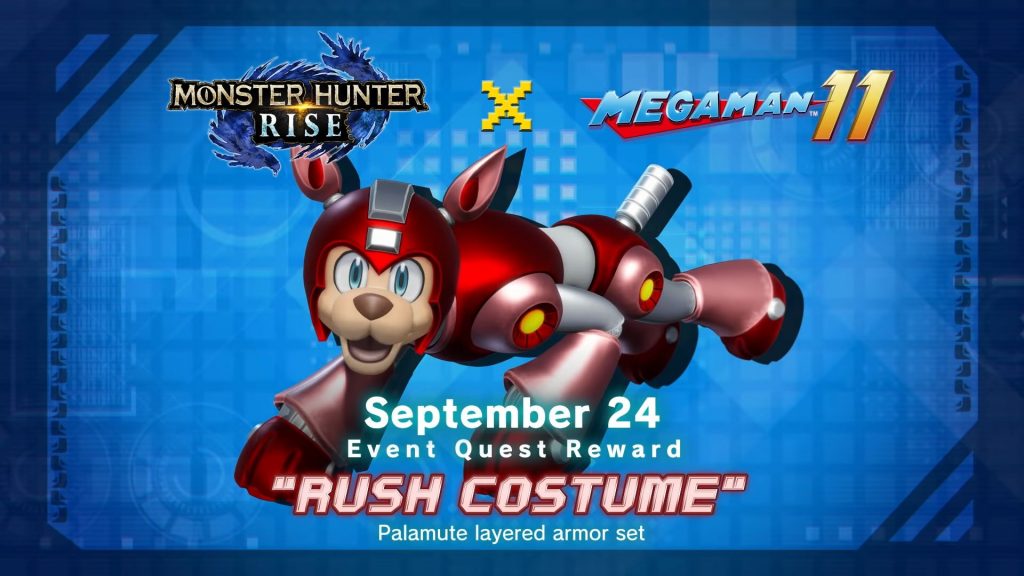 Capcom has revealed its next big collaboration for Monster Hunter Rise and it’s with Mega Man 11. More specifically, it adds a costume that transforms one’s Palamute into Rush, Mega Man’s faithful pet. Check out the trailer below to see Rush in action.

The new outfit has some cool animations, like Rush transforming into a rocket-powered ride while dashing and deploying a spring when the player dismounts. Like with Street Fighter’s Akuma, there will be an event quest that must be completed to unlock the outfit. Sadly, it doesn’t seem like the Mega Man Palico outfit from Monster Hunter World is making a comeback.

The fifth Capcom collaboration DLC is set to arrive this Fall so stay tuned for more details in the coming weeks. Monster Hunter Rise is currently available for Nintendo Switch and will release in early 2022 for PC. It was recently rated in South Korea and Germany for the latter which indicates a possible announcement, perhaps at Tokyo Game Show 2022.