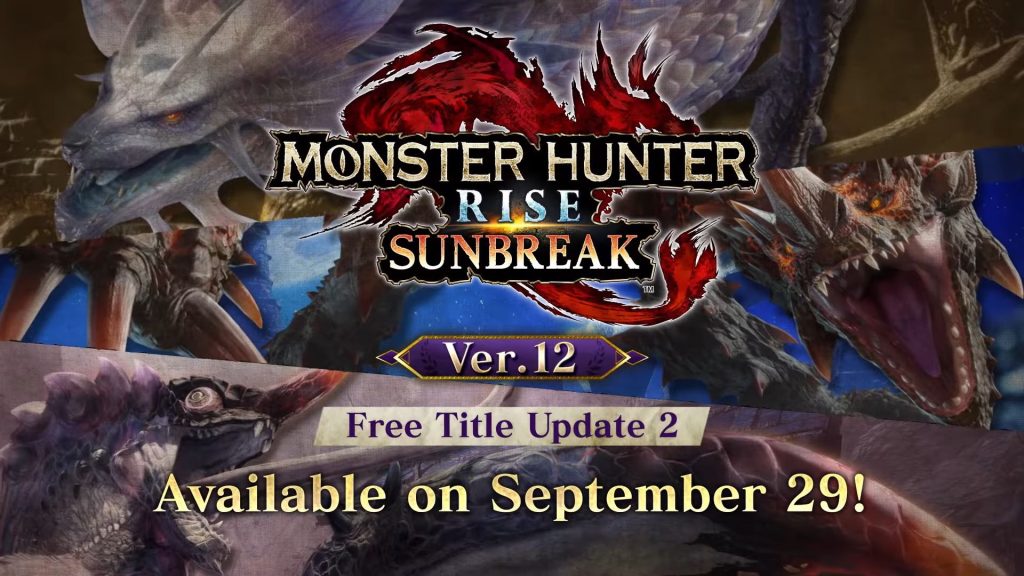 Capcom kicked off its Tokyo Game Show 2022 Online Program with new details on Monster Hunter Rise: Sunbreak’s Title Update 2. It’s out on September 29th for Nintendo Switch and PC. Along with Flaming Espinas, it includes two additional subspecies – Violet Mizutsune and Risen Chameleos. Check them out in the trailer below.

Violet Mizutsune and Flaming Espinas are available at MR10, while Risen Chameleos can be fought at MR110. Layered weapons are also coming, allowing players to change the appearance of their weapons to their preference. New weekly event quests for new cosmetics are also coming. Some layered weapons, like the Lost Code weapons, can be purchased as paid DLC, along with new hairstyles and other cosmetics.

New Anomaly Quest monsters like Rajang and Gore Magala are also coming, while Anomaly Investigations will go up to level 120. Completing these will unlock new Augments for weapons. Stay tuned for more details on Title Update 2 in the coming days. Meanwhile, Title Update 3 is planned for late November, with further updates coming in 2023.