Hunt to the tunes of classic Mega Man songs according to the latest trailer. 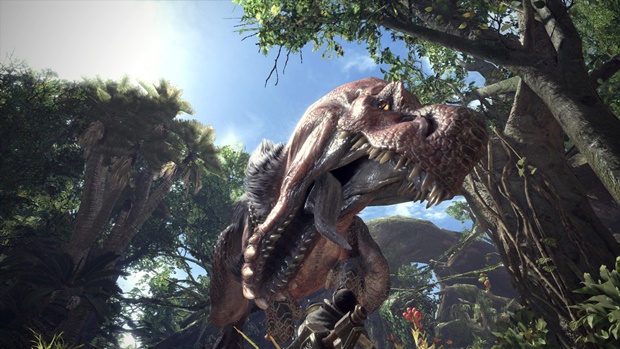 Capcom’s Monster Hunter World will see its PS4 beta kick off tonight with the pre-load currently available for the console. To that end, a beta guide was released, offering a few pointers on how to get going. However, in an interesting twist, Capcom also revealed crossover content for Mega Man – and what appears to be a playable classic Mega Man – for the game.

The crossover content includes classic Mega Man songs that you can hunt to with different weapons having different iconic themes tied to them. This isn’t the first crossover promotion that Monster Hunter World has featured for PS4.

At Tokyo Game Show, it was announced that Horizon: Zero Dawn’s Aloy would be playable in-game or at least accessible via an armour set that bestows the same look and her signature bow. Monster Hunter World releases on January 26th 2018 for Xbox One and PS4 while the PC version will be releasing some time later. What do you make of Mega Man’s appearance? Let us know below.