Monster Hunter’s PC debut is an impressive one, albeit with a few stumbles along the way.

Posted By Shubhankar Parijat | On 14th, Aug. 2018 Under Graphics Analysis 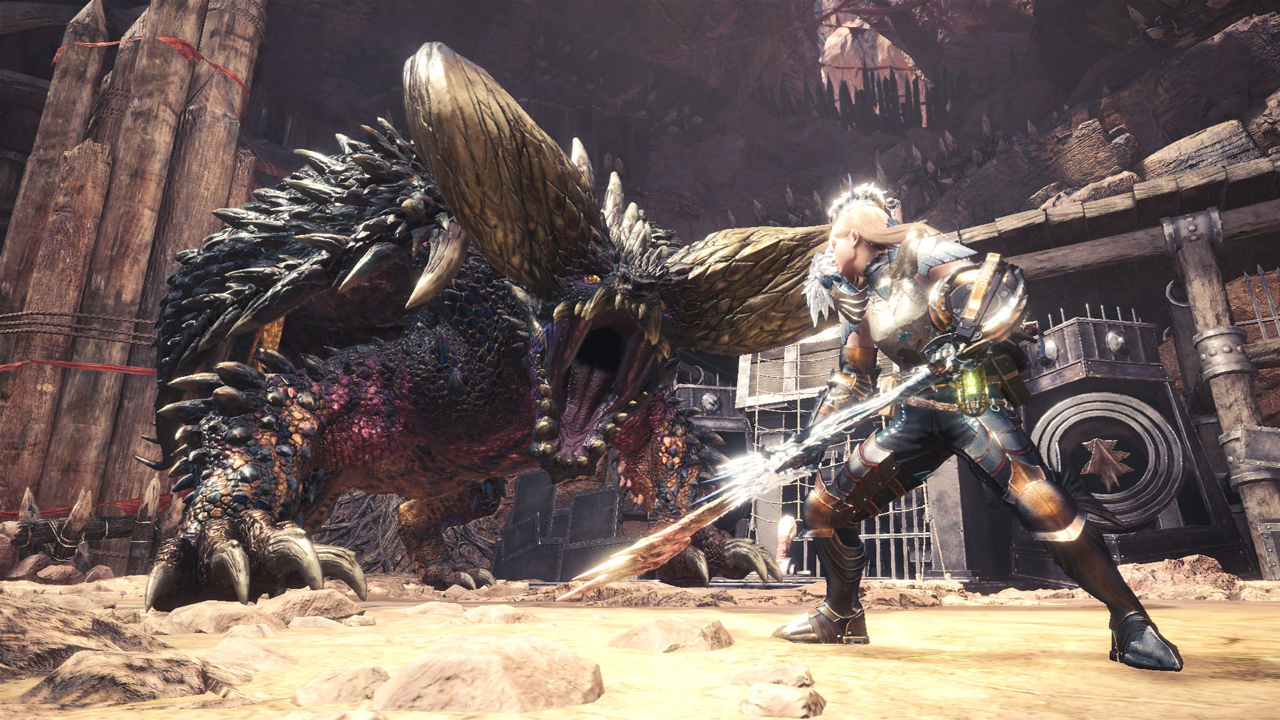 Monster Hunter World is emblematic of this famous franchise’s growth in so many ways. Its original release back in 2017 brought this already huge series to even larger audiences, going on to receive rave critical reception from almost everyone who played it, and went on to become Capcom’s most successful game ever. Even if you find that Monster Hunter World is a game you cannot personally enjoy, it’s simply impossible to not respect what it’s achieved, and the kind of balance it has struck between reeling in new players and placating older ones.

This year brings another major landmark for Capcom’s RPG series. Monster Hunter World is out now on PC, making it the series’ debut on that platform, and predictably enough, it, too, has been doing ridiculously well. You can check out our review for the PC version for our thoughts on it, but here, we’re just going to be taking a look at the technical aspects of the game, and comparing it with how it performs on the Xbox One X and the PS4 Pro. Obviously, like mostly any other game ever made, Monster Hunter World’s PC version has clear and distinct advantages over its console counterparts.

Before we get into that, though, perhaps a brief recap of how Monster Hunter World runs on the Xbox One X and the PS4 Pro is in order (though you can read a deeper analysis of both versions here). Breaking away from what has been the norm for many games over the past year or so, Monster Hunter World went ahead and provided three modes for players on both platforms. One that prioritized resolution – native 1700p on Xbox One X and checkerboard 1800p on PS4 Pro with 30 FPS on both – one that prioritzed frame rate – native 1080p resolution and a targeted frame-rate of 60 FPS on both, which it didn’t always hit – and one that prioritized better graphical parameters, which focused more on things such as improved draw distances and foliage density.

With that out of the way, let’s now talk about the game’s PC version.  To meet minimum requirements, you need at least an Intel Core i5-4460 processor, or an equivalent AMD FX-6300 processor, as well as a 2 GB VRAM NVIDIA GeForce GTX 760 or an equivalent AMD Radeon R7 260x graphics card. Recommended requirements need an Intel Core i7 3770 3.4GHz, or an Intel Core i3 8350 4GHz, or an AMD Ryzen 5 1500X processor, and an NVIDIA GeForce GTX 1060 (VRAM 3GB) or AMD Radeon RX 570X (VRAM 4GB) graphics card, and an 8GB RAM, are common requirements for both minimum and recommended. It should also be noted that Monster Hunter World on PC is an inherently CPU-heavy game. Though there is more to it, in a nutshell, it loads the entire level into memory in one go to avoid interstitial loading during gameplay, which, as you can imagine, can be very taxing on the CPU.

Either way, we weren’t too concerned about that, because the rig we’ve been playing Monster Hunter World on goes far beyond even the recommended requirements, with a Ryzen 1700x processor, a GTX 1080Ti graphics card, and 16GB DDR4 memory. Monster Hunter World on PC also allows you to tinker with the settings to customize them as much as you want, as you’d expect from the PC release of a game, and we’ve essentially maxed everything out. On a basic level, that means support for 4K/60fps is on the cards. On a more detailed level, that amounts to the highest possible settings for ambient occlusion, texture quality, resolution scaling, shadow quality, volume render quality, anti-aliasing, anisotropic filtering, LOD bias, mesh lod level bias, SH diffuse quality, and dynamic range. Meanwhile, Z-pre pass, foliage sway, screen space reflection, water reflection, and subsurface scattering have all also been enabled.

So as you can imagine, Monster Hunter World on the PC we played it on is an absolute looker, a stunning beauty. From a visuals standpoint, there’s no doubting that it’s an excellent achievement. However, on the performance side of things, the game does stumble a little bit. For the most part, especially in the earlier areas like the Ancient Forest and the Wildspire Waste, performance is actually very smooth. But, this isn’t true for every area. For instance, in the Rotten Vale, the game suffered from significant frame-rate drops, and this was quite disappointing, to say the least, especially when you consider the specs of the system we’re playing this on.

In terms of how the PC version of Monster Hunter World fares compared to the Xbox One X and PS4 Pro versions- predictable enough, it’s overall a better option. With better shadows, improved draw distances, enhanced ambient occlusion, better render quality, aliasing, texture filtering, and screen space reflections, it comes out looking much better than the Xbox One X version, while it has those same advantages over the PS4 Pro version as well, on top of better water reflections and volume rendering quality.

In the end, the PC version of Monster Hunter World can be declared as the best version of the game, as many, many people would have predicted, but its victory isn’t as thorough as we would have wanted it to be. The frame-rate issues definitely drag it down a little bit, with the drops we saw in the Rotten Vale being a particularly sore spot, and we’re hoping Capcom will be patching these out soon. Barring frame-rate issues though, the deeper customizability is obviously an added bonus for PC players, and if you have a rig that can support it (which can be demanding given how much of CPU intensive game this is), Monster Hunter World can look absolutely beautiful on the PC.