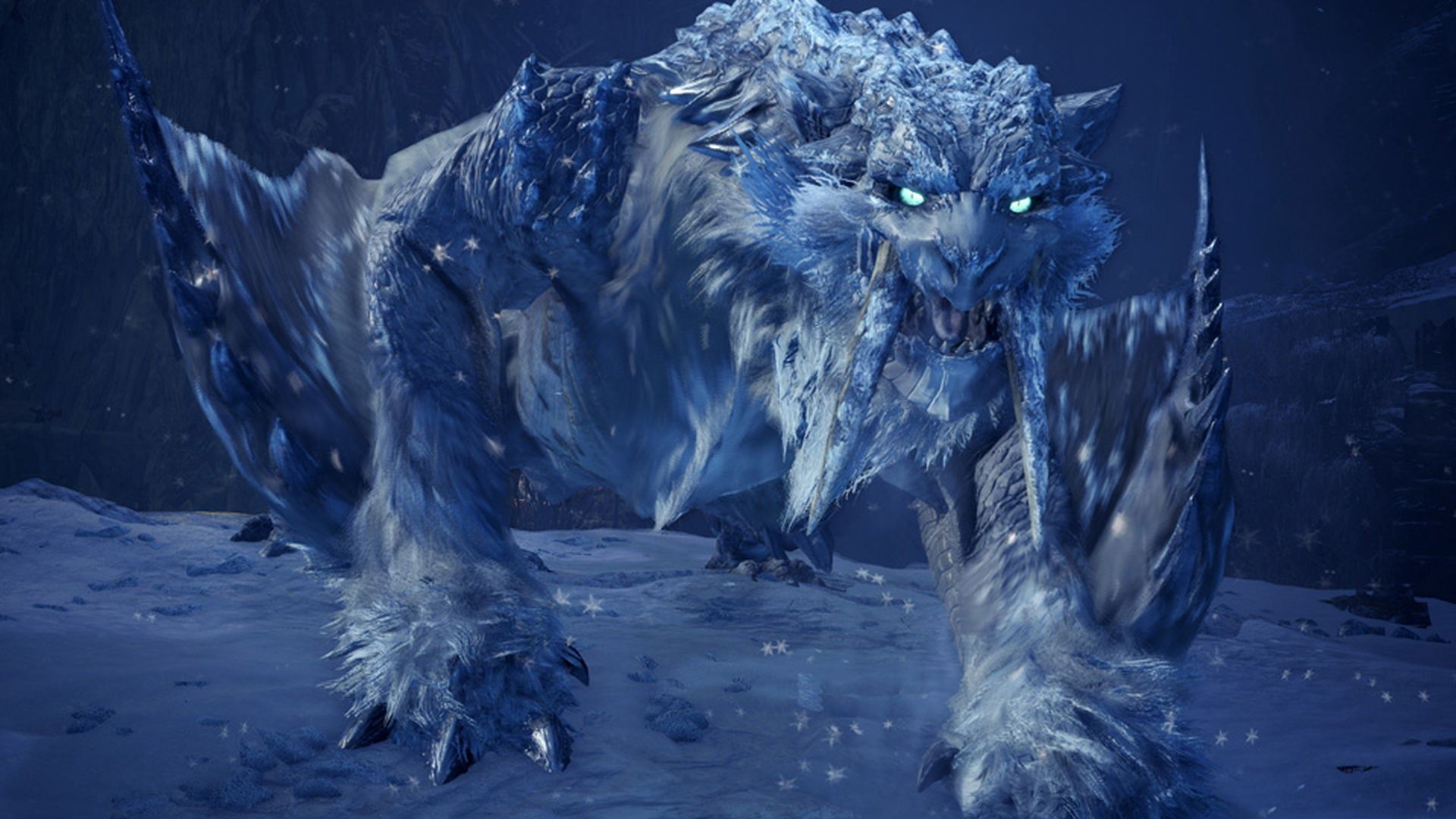 The Blazing Black Dragon is coming to Monster Hunter World: Iceborne on July 9th but it’s not alone. Along with Alatreon, Title Update 4 will feature another returning monster – Frostfang Barioth. Capcom highlighted both monsters in its latest developer diary, and also showcased their respective armor. Check it out below.

Frostfang Barioth, much like the original, has ice breath. However, this leaves a frozen trail that can inflict Frostbind, rooting the player in place. You’ll need to keep moving and repositioning while also avoiding Frostfang Barioth’s aggressive strikes. If that weren’t enough, this is a Tempered monster fight, making it much tougher than your average foe.

Alatreon isn’t going to be any easier, especially since it can now utilize Water element, rounding out its elemental control nicely. Capcom also spoke about how the fight will work and the benefits of having different elements that Alatreon will be weak against. Title Update 4 will be available for Xbox One, PS4 and PC players simultaneously. Stay tuned for more details in the coming days and check out our review for Monster Hunter World: Iceborne here.