Craft the Street Fighter 5 version's outfit by hunting down a Pink Rathian. 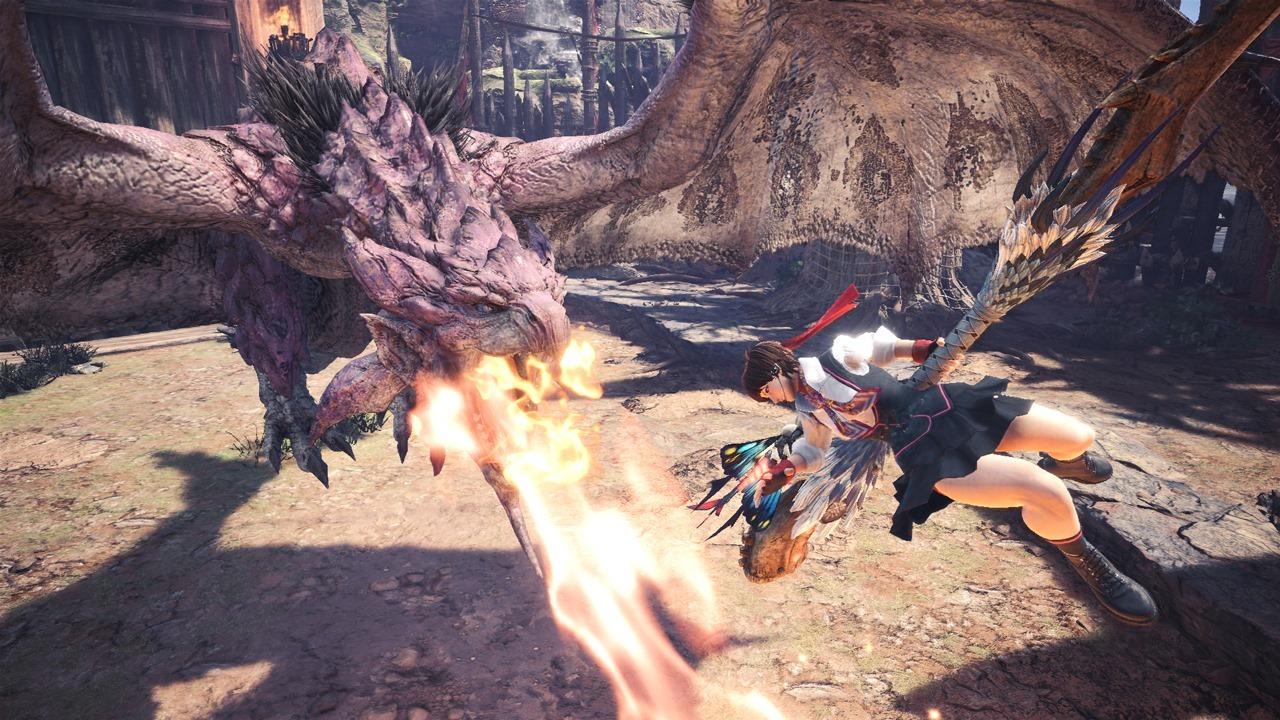 This one is for Sakura as she appears in Street Fighter 5 but keep in mind that the quest is Hunter Rank 12 and only for PS4 players. The target here is a High Rank Pink Rathian and must be fought in the Arena. In another twist though, it’s a Challenge Quest. That means selecting a pre-made loadout from a list of options instead of using your own gear.

With three different Challenge Quest options, each offering different weapons. Otherwise, they all grant the Street Fighter 5 Ticket #2 and depending on the rank, it’s possible to earn three tickets (A rank), two tickets (B rank) and one ticket (C rank).

Overall, four tickets along with four Hunter King Coins, four Rathian Coins and six Pink Rathian Scale+ are required to craft the entire set. Unlike the recent Dante armour, players have to equip the entire outfit rather than individual pieces.