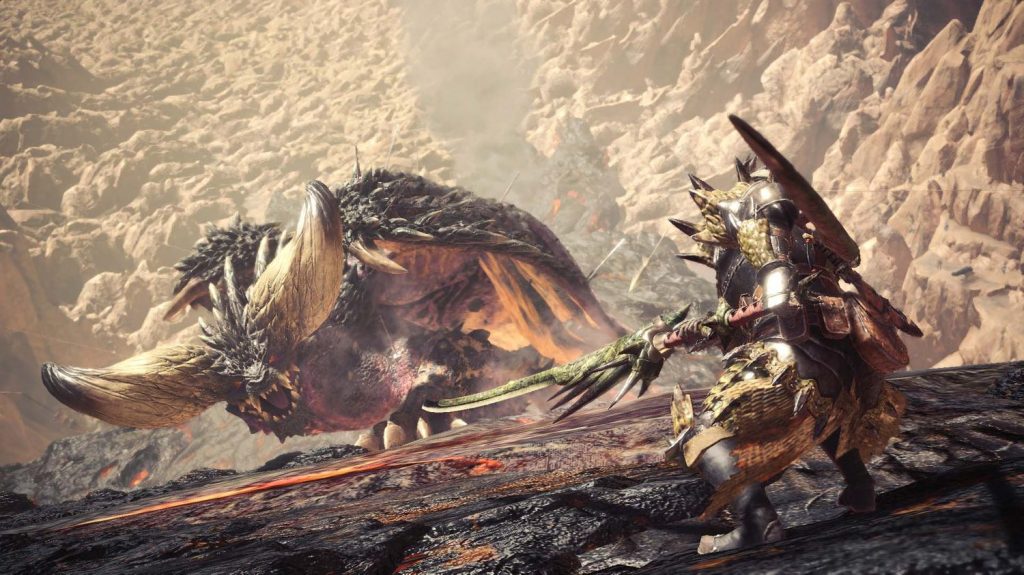 Following the 1.03 update just a little earlier this week, Monster Hunter World has another small incremental update to patch a few new bugs from the game. 1.04 isn’t going to hog your disk space by any means. It’s a tiny 930MB that fixes a couple bugs related to “The Encroaching Anjanath” mission and Elderseal values and bugs so minor they don’t warrant mention in the patch notes.

Players currently enjoying the game can look forward to a lot of extra content to come in 2018, with extensive DLC plans laid out by Capcom to keep players engaged for the foreseeable future. One of the first releases was a celebration pack, given to fans who jumped on the game and helped it see become a smashing success.

The game is the first Monster Hunter title on home consoles in a very long time, and has seen a hugely positive response, with 92% of the game’s initial stock selling out in Japan, and boosting PS4 sales too.