All past event quests and a few new ones will be live until July 26th. 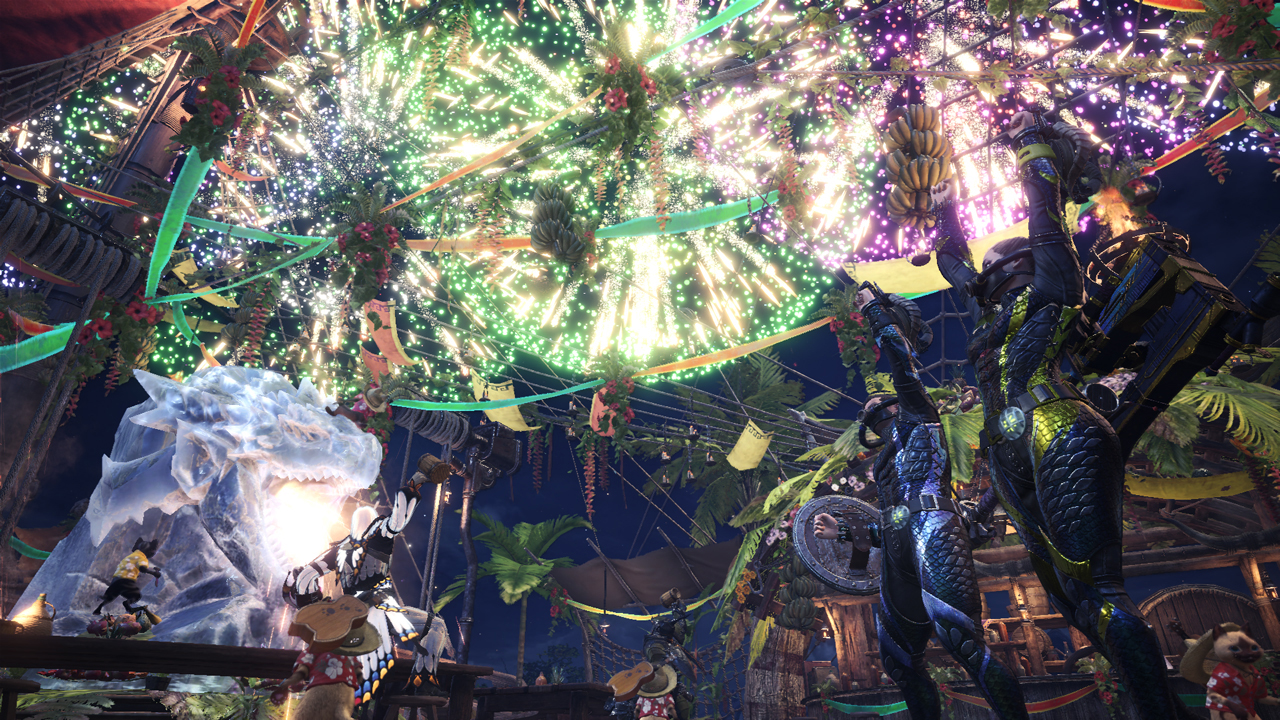 It’s a long wait before Behemoth arrives on August 1st for Monster Hunter World, but until then, the newest seasonal event Summer Twilight Festival is now live. It brings numerous quests, both new and old to the foray, for players to complete. Check out the full event schedule below.

To summarize, the Kulve Taroth Siege Quest is currently live until July 26th, offering a full two weeks to participate in. The activity requires 16 players in a single Gathering Hub lobby as they hunt down tracks and break parts from Elder Dragon Kulve Taroth before destroying her horns.

New armour is available to unlock, including the Diver α, Papillon α/β and Queen Bee α/β armour. Completing Bounties will award Summer Tickets for crafting the same. Arch-Tempered Vaal Hazak and Arch-Tempered Kirin are also in the rotation, and the much-awaited Universal Studios Japan collaboration quest, which awards the Azure Starlord armour, is also available.

Currently available for Xbox One and PS4, Monster Hunter World will also be coming to the PC on August 9th.