Free update adds a dangerous new hazard along with a post-dungeon boss challenge. 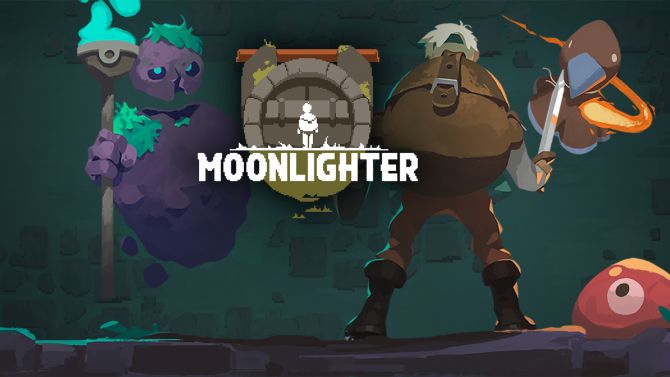 As outlined in its roadmap, Digital Sun Games has delivered another free update for its action RPG/item shop manager Moonlighter. This one adds a whopping 100 room patterns along with a new hazard for Will to deal with – puddles.

Depending on the dungeon players enter, puddles can poison, burn and electrify him. Rooms without puddles are still a thing so don’t worry. Those harping on about not being able to kill bosses again can enter the new post-boss room. This is essentially a chamber that’s teeming with monsters but also challenges you to finish it quickly. Do so and up to three chests of different rarities will unlock and offer tons of loot.

Other quality-of-life changes include armour having different aesthetics with each upgrade; Enchanted weapons having distinct particle FX to better distinguish them; new in-game tutorials for describing how new features and shop upgrades work; and much more. Moonlighter will be adding other updates like new items, Dimensional Weapons, New Game Plus, a custom game mode option and much more so stay tuned.

Check out the patch notes below:

We have added 100 more room patterns to the game! We’ve also introduced another brand new element to the mix: the puddles. They are going to poison Will in the forest, burn him in the Desert and electrify his hero-wannabe guts in the Tech dungeon. This new element has given us more possibilities to design new rooms. Poor Will… No worries, though – we have also added more rooms without puddles!

From now on, after defeating Boss in a dungeon – you can re-enter his chamber to find it crawling with monsters! This new room will provide an extra challenge – beat it quick enough to unlock all three chests. The chest timer will stop whenever you kill ALL the enemies. So, if you’re a slowpoke – only one or two chests will be unlocked for you. Only true Heroes deserve the most handsome rewards!

Now, every time you decide (and you should!) to upgrade a piece of armour it will have a different aesthetic associated with the dungeon, also the armour icon will be different.

We have added these scrolls that will appear whenever you upgrade your shop and some kind of new feature appears. We’ve prepared these new tutorials for:

It is finally here: a special weapon we designed for Kickstarter backers (again: thank you SO much for supporting us back in the day)! It is a very unique Supporter Bow! What’s very cool about it – is that Blacksmith can upgrade this weapon for you – so it won’t become obsolete in the subsequent dungeons.