Watch Jax pull off his own rendition of "Epic Sax Guy." 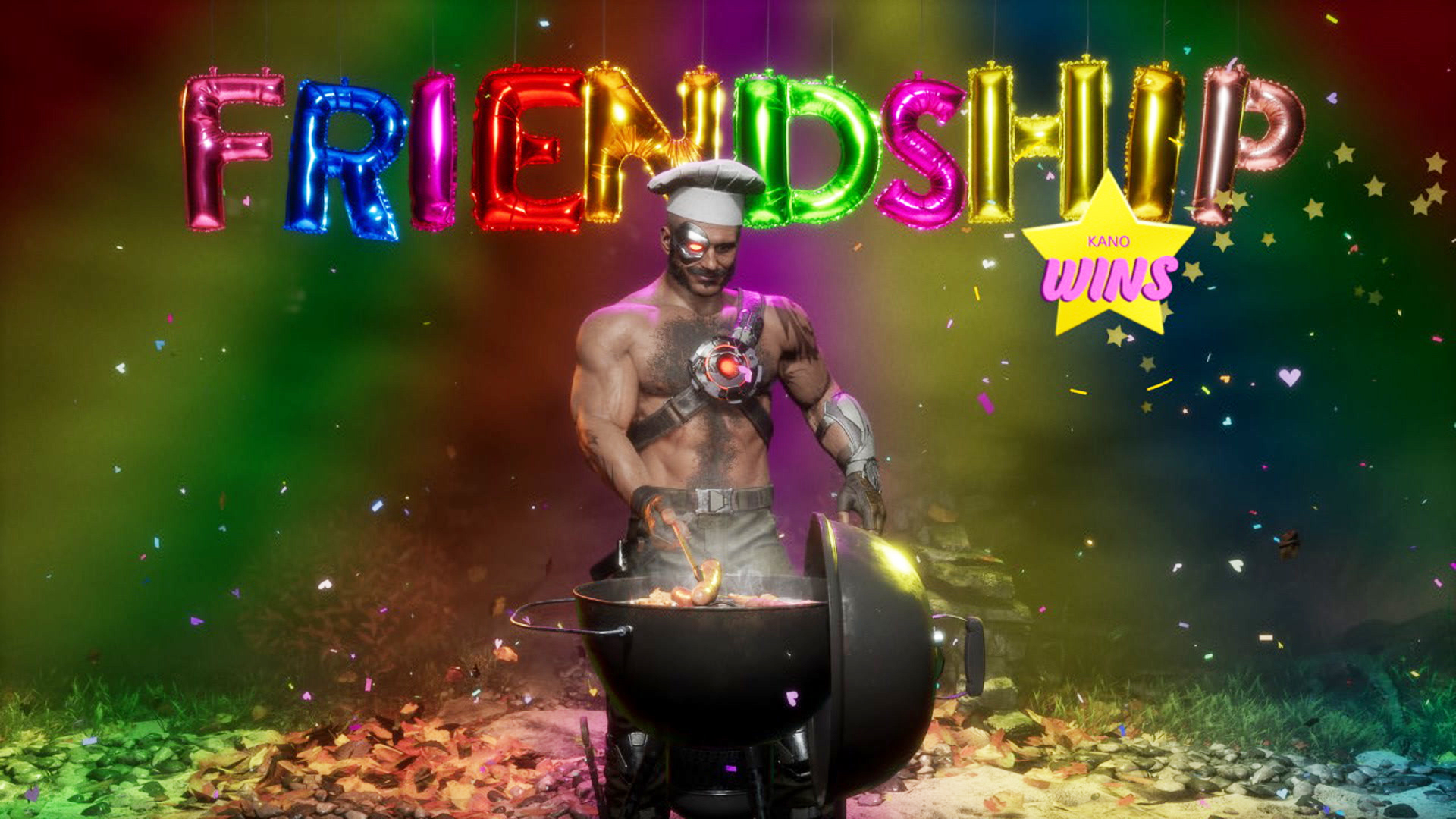 The story for the Mortal Kombat series has always been deathly serious and the upcoming Mortal Kombat 11: Aftermath is no exception. As Liu Kang and Raiden entrust Shang Tsung and his posse to retrieve Kronika’s crown, the stakes couldn’t be higher. That is, until the new Friendships come into play and everyone. Check them out below.

Launching alongside Aftermath as a free content update for all players, the new Friendships are widely varied. From Scorpion grappling a huge teddy bear to give it a hug to the Terminator performing tricks on a motorcycle, there’s something for everyone. Even Jax breaks out a sweet saxophone solo at the end.

Mortal Kombat 11: Aftermath launches on May 26th for Xbox One, PS4, PC and Nintendo Switch. It includes three new fighters – Fujin, Sheeva and RoboCop – along with a new campaign to play through. Along with Friendships, all players will also receive new stages and Stage Fatalities for free.