Did the Clown Prince dethrone the chinned one?

There is some strange things afoot in the DLC schedule for Mortal Kombat 11. The game’s Kombat Pass is filled with guest characters, as became the standard for the previous Mortal Kombat X. One character that isn’t there is Evil Dead‘s Ash Williams, and despite the actor who portrays him denying the character is in the game multiple times, we keep getting leaks and rumors he will be. Well, roll out the carpet for another groovy rumor, as it seems that Joker replaced Ash in the Kombat Pass.

As spotted by an eagle eyed fan of the Test Your Might Mortal Kombat fan website, there is an advertisement that showed the Kombat Pass’s roster and as you’ll notice, instead of DC’s Joker, it lists Ash Williams.

So, what happened here? Was Ash at one point planned and got far enough that advertisements were made? Or did Joker and Ash flip flop with a second Kombat Pass since a Joker-based film is coming later this year? There are other characters along with Ash that were part of datamining that’s not been revealed so the latter is certainly possible at the end of the day.

Mortal Kombat 11 is available now across all major platforms, and the Kombat Pass is available to purchase now with Nightwolf and Shang Tsung released so far. 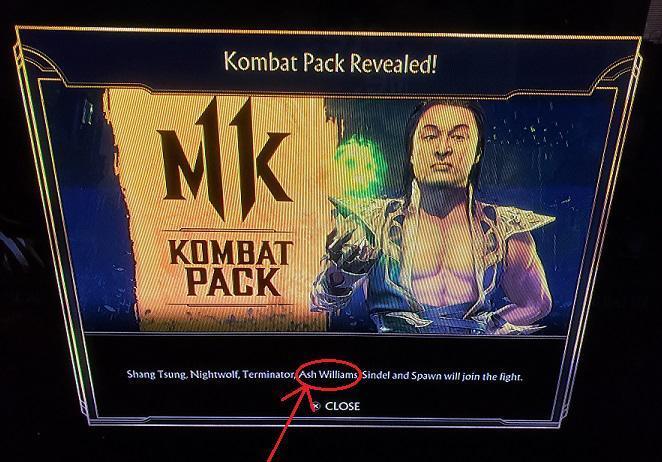