The next DLC fighter is the Terminator T-800, out on October 8th. 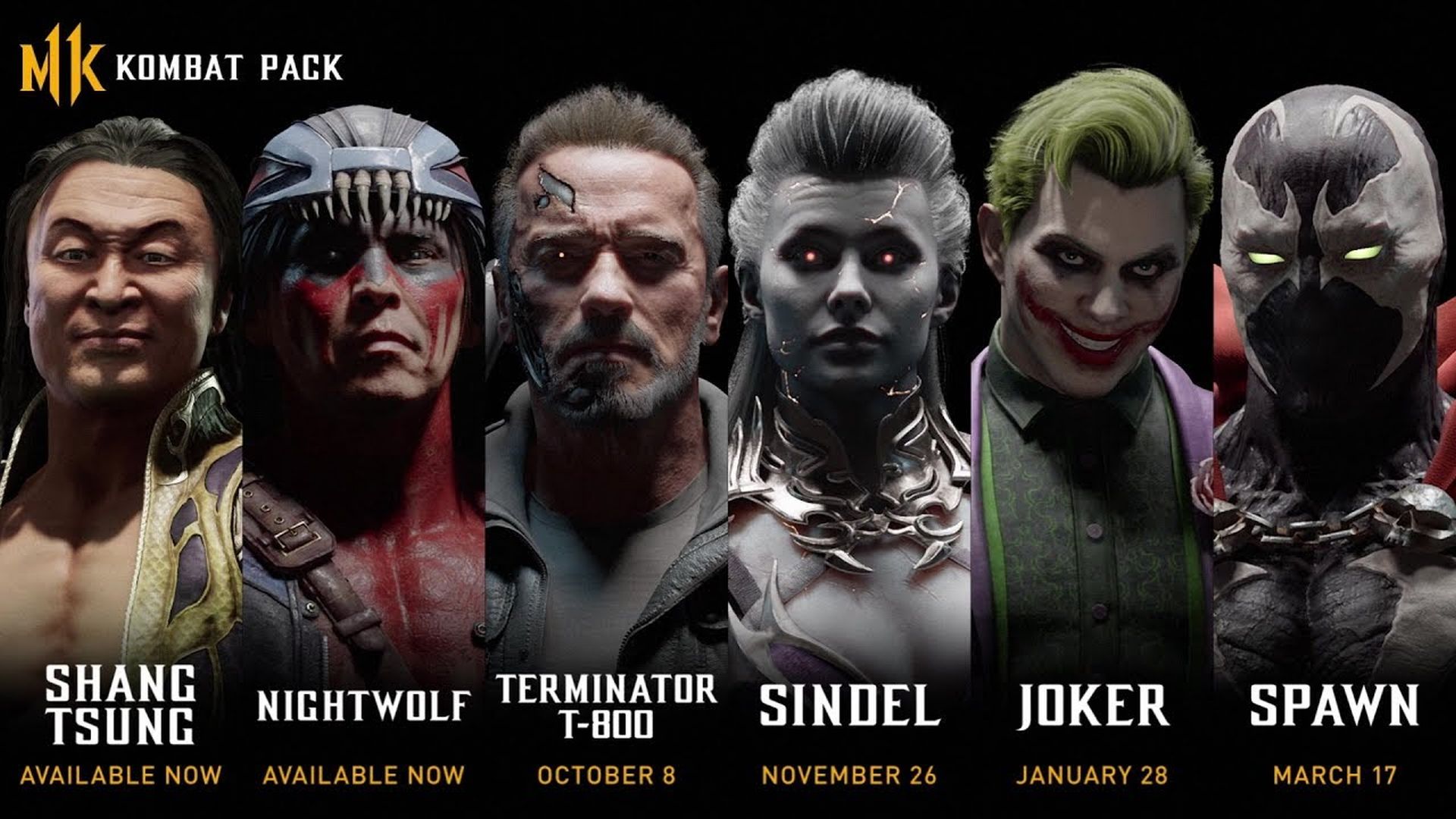 Two characters from the first Kombat Pack for Mortal Kombat 11 have already released but today, NetherRealm showcased the entire roster of fighters. Aside from Shang Tsung and Nightwolf, there’s the Terminator T-800, Sindel, The Joker and Spawn. Check it out below.

Perhaps most interesting are the release dates for each. The Terminator T-800 will be out on October 8th. Sindel will follow on November 26th with The Joker out on January 28th 2020. Spawn will round out the Kombat Pack with his release on March 17th 2020.

Along with one week early access to each character, the Kombat Pack offers skins and gear for each along with 19 additional skins. While this does fit Warner Bros.’ model of supporting the game for years to come, one has to wonder about the long release schedule. Regardless, stay tuned for more details on each character along with other updates and events that could be added.