Some of the greatest treasures lie behind severed heads. 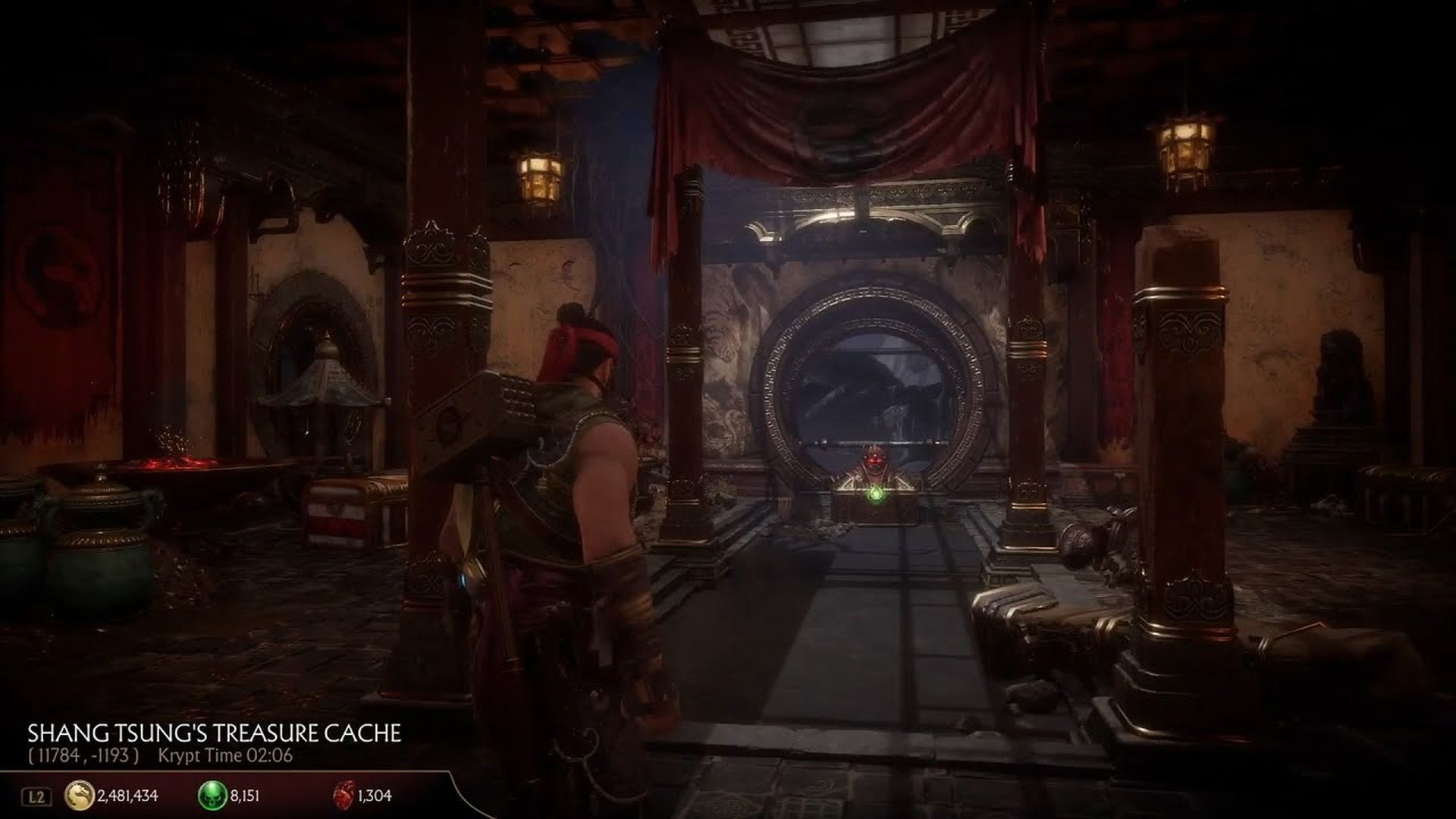 It says a lot about the Krypt in Mortal Kombat 11 when players are still finding secrets, hidden chests and new areas. One such area is actually in plain sight – Shang Tsung’s Throne Room, host to some of the finest treasures in the Krypt.

Unfortunately, this isn’t accessible unless you gather 10 severed heads and place them on the Warrior Shrine (located at 1593, -6407). So how do you go about collecting those severed heads? Performing a whopping 50 Fatalities on one character in the Towers will net you one head. For 10 characters, that comes to 500 Fatalities (Brutalities sadly don’t count). While that may seem like a daunting task, it’s actually not impossible.

You could head to a Survival Tower and simply set your AI fighter to the task (I recommend Noob Saibot with 30 points in Kombos and 30 Points in Reversals). They’ll almost always perform a Fatality when winning a fight and can burn through most encounters quickly. Alternatively, in Towers of Time, there will be Towers that have single character fights. Farm those Towers for as long as they’re available with your AI fighter.

Also note that the glitch that lets you place the severed heads without needing 50 Fatalities has been patched. Stick to the above method though and you should be done in no time.

Once you hit 50 Fatalities for a character, return to the Warrior Shrine and place the head on the corresponding spike. Along with making progress towards Shang Tsung’s Throne Room, you’ll also unlock a chest of items for that specific character.

Important: You need 10 severed heads to open the entrance to the Throne Room. This will not open every room in the area. There’s the North Treasure Chest which requires 15 severed heads to open and the West Treasure Chest that needs 25 severed heads. In the latter room, Jacqui’s items aren’t in a chest per say – instead, you need to don Kenshi’s Blindfold and look for the statue at the bottom left corner. Break it and you’ll obtain an intro, victory screen and some gear for Jacqui.

Many of the chests in Shang Tsung’s Throne Room require 25,000 Koins to unlock but you’ll find many different intros, victory screens and gear as rewards. For more information on accessing other rooms in the Krypt and find its various key items, check out our guide here. You can also find out more about the Forge and various Krafting Recipes here.