"I think this game will take the world record in actually how much variation is in game," says the It Takes Two director. 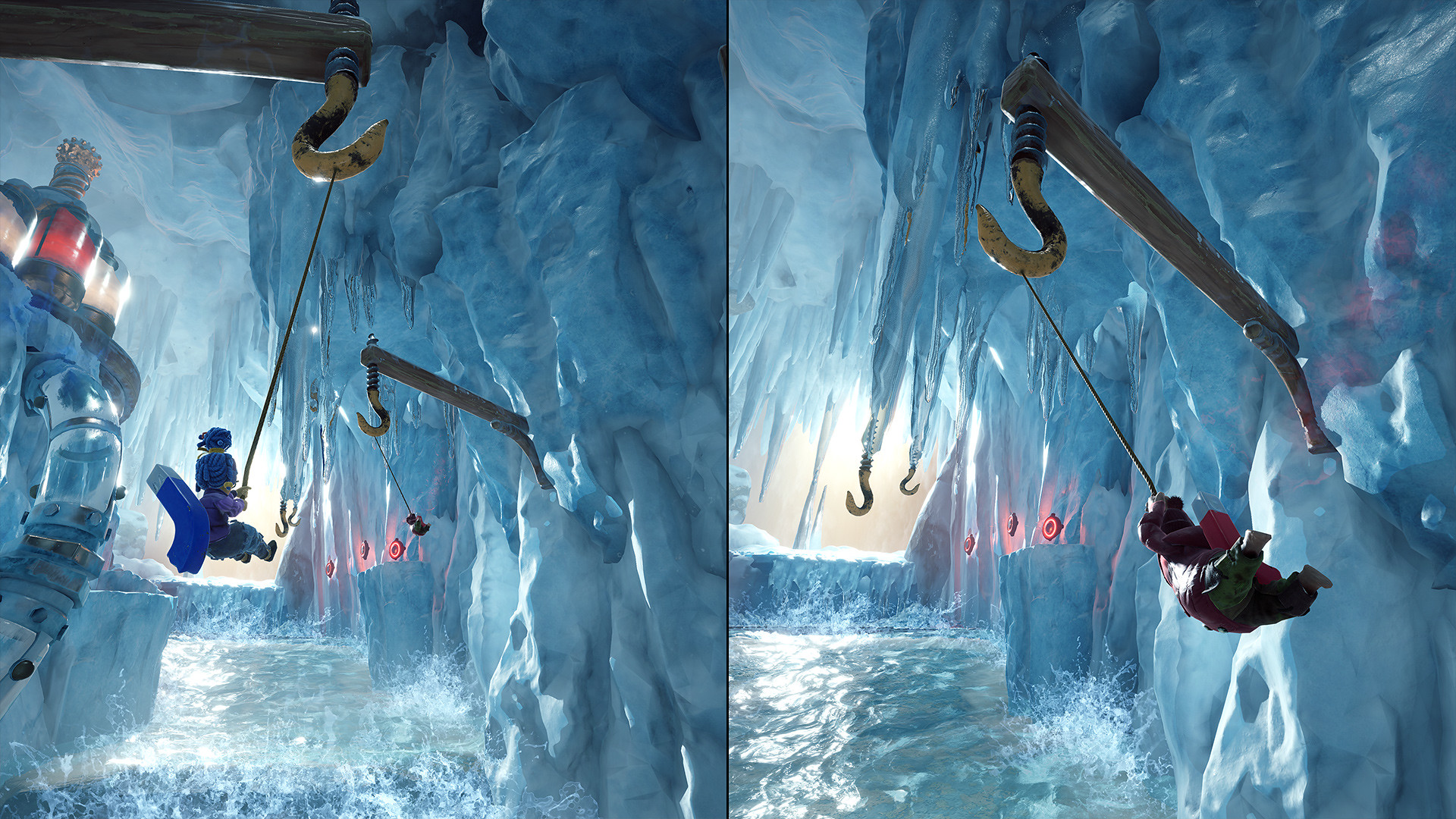 The famously outspoken Josef Fares and his team at Hazelight Studios are crafting the kinds of experiences the likes of which pretty much no one else in the industry is even attempting to create. A Way Out delivered a solid co-op narrative-driven game, and though the upcoming It Takes Two looks like a very different beast in terms of tone and setting and even its aesthetic, that singular focus on co-op and on telling a story is something that still drives the game.

And according to Fares, who has been emphasizing how gameplay and narrative need to be perfectly married in games for some time now, It Takes Two is going to ensure that its narrative ambitions are matched by the actual playing experience of the game.

The upcoming co-op game plans to do that by ensuring the maximum level of gameplay variety and mechanical variation possible. Speaking with GamingBolt in a recent interview, Fares – the head of Hazelight and director of It Takes Two and the aforementioned A Way Out – said that his studio’s upcoming game is going to “take the world record” for how much variety it has, with Hazelight having ensured that mechanics aren’t repeated ad nauseum, which is something that Fares feels narrative games are often guilty of.

“Let me say this- I think this game will take the world record in actually how much variation is in game,” Fares said. “And there are many reasons for that. One of the things is that I personally believe that narrative games can become very repetitive, I do believe that we need to get away from finding one mechanic and then just repeating it over and over again. It doesn’t fit the narrative experience if you ask me. So in It Takes Two, what we’re trying to do is that every situation the characters are in, you’re playing it.”

Fares went on to talk about how vast numbers of players do not play story-focused games through to completion, and in his view, a lot of that is down to those experiences becoming repetitive.

“The gameplay should reflect what goes on the narrative, but also to keep the players invested in the story and keep the game fresh and unique,” he said. “I mean, my hope is that players finish the game. I mean, f**k, it bothers me that the statistics we have on games, people don’t even finish them. It’s crazy how the statistics look like. And I think one of the reasons is that the games are too repetitive. I don’t know, it’s an old design rule. I mean, it’s fine if you’re doing this looter shooter stuff, when you shoot and you level up and blah blah blah, but not in narrative games. I really do believe that you have to have a varied experience.”

After re-iterating (in typically emphatic fashion) that It Takes Two is going to be “impossible” to get tired of over the course of its runtime, he acknowledged that though aiming for such levels of variation isn’t always a good idea from a production perspective, it’s the kind of experiences Hazelight want to be making.

“I mean, I can guarantee you, I’m ready to give you $1,000 if someone genuinely think that they get tired of It Takes Two,” Fares said. “It’s impossible, because there will be something new around every corner for a story reason, or for what they go through. So, whatever happens, or whatever they meet, you’re playing it, which I think is awesome. And yes, from a production perspective- you know, my team is not always happy about this, but they’ve gotten used to this because I love variation. And of course, it takes time. However, we’ve used it, and we love it. This is the kind of game that we want to do.”

During the same interview, Fares also spoke about the differing strategies of Microsoft and Sony as platform holders, and why he currently prefers the latter’s approach of focusing on narrative-heavy single player experiences. Read more on that through here.

It Takes Two is out on March 26 for PS5, Xbox Series X/S, PS4, Xbox One, and PC, though Fares says a Nintendo Switch version looks unlikely.

Our full interview with Fares will be live soon, so stay tuned for that.