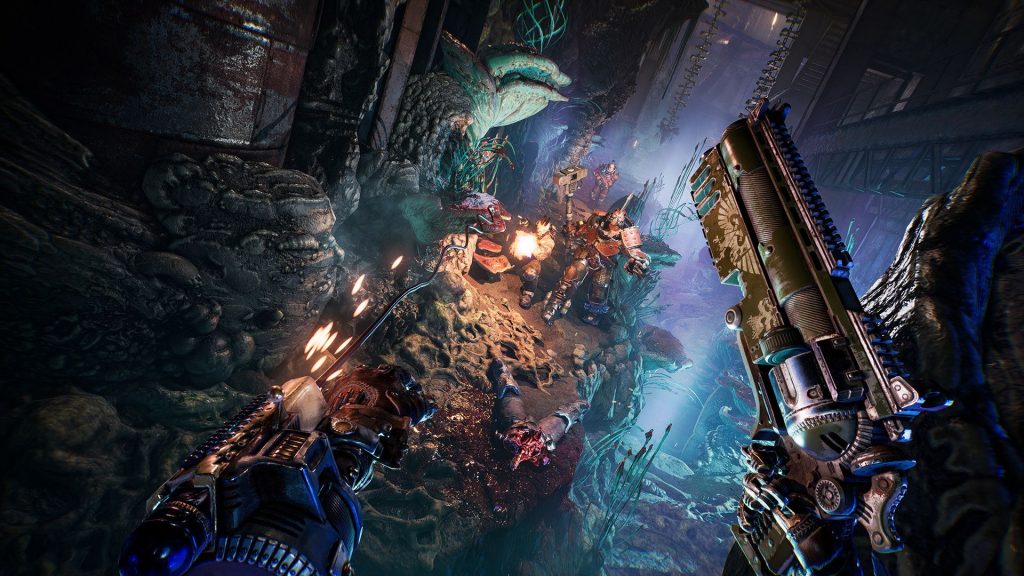 Streum On Studio’s Necromunda: Hired Gun is available now on Xbox One, Xbox Series X/S, PS4, PS5 and PC. It sees the player living in Necromunda, the underbelly of the Warhammer 40K universe, and taking on various jobs as a bounty hunter. To better understand the setting, check out the launch trailer below.

As you acquire bounties, you’ll be tasked with taking down gang members and other monstrosities. Various augments and tools are available to make life easier, from a grappling hook and wall-running to a cyber-mastiff that will locate and maul enemies. There are also a variety of weapons and ways to execute your foes.

Leveling up will provide access to new weapons and there are numerous ways to customize your loadout (and that of your canine companion). With Focus Home Interactive having acquired the developer, it remains to be seen if more content and updates will be added to the game in the coming months. As always, stay tuned for more details.