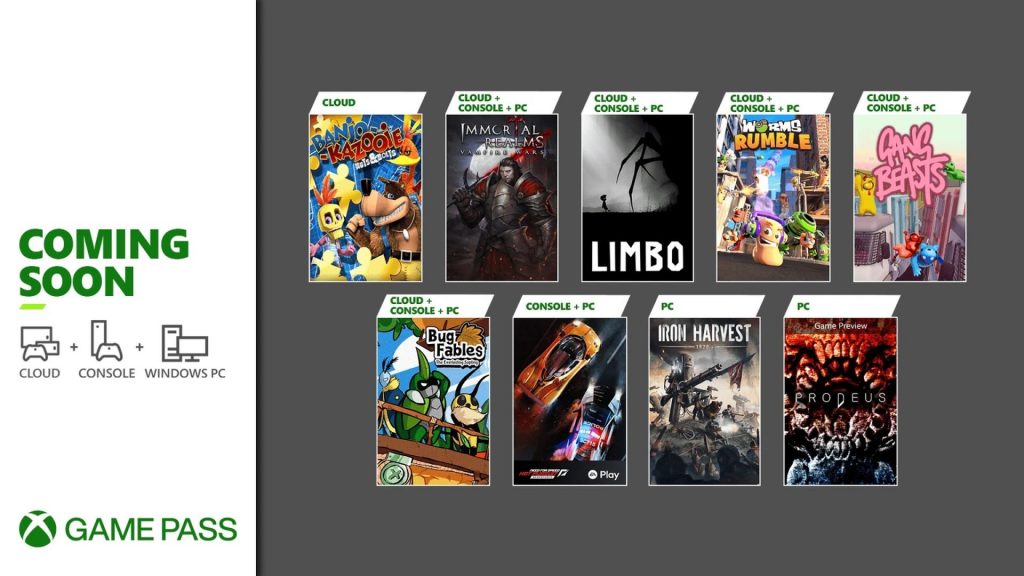 Microsoft has unveiled the next wave of titles coming to Xbox Game Pass, starting with Worms Rumble releasing today for consoles, PC and the cloud. Tomorrow sees the arrival of Iron Harvest, a real-time strategy title with dieselpunk mechanized warfare and Prodeus, a gruesome retro shooter, for PC (the latter being in Game Preview). Need for Speed: Hot Pursuit Remastered will also be out tomorrow for consoles and PC via Xbox Game Pass for PC and Ultimate.

On July 1st, Rare’s Banjo-Kazooie: Nuts & Bolts will be playable via the cloud. Bug Fables: The Everlasting Sapling, an acclaimed Paper Mario-style RPG, will also be available for cloud, consoles and PC alongside Gang Beasts and Immortal Realms: Vampire Wars. If that weren’t enough, Playdead’s iconic platformer Limbo is coming to the service as well.

Interestingly, Judgment wasn’t announced for the subscription service despite a recent tease. Perhaps we’ll see it added later. In the meantime, some titles will be leaving Xbox Game Pass on June 30th so play them now while you have the chance. The games in question include: