“New Contra Must Do Something Unique, Can’t be Generic Shooter – Konami Producer

Would have to be like a new IP in many ways, according to Dave Cox. 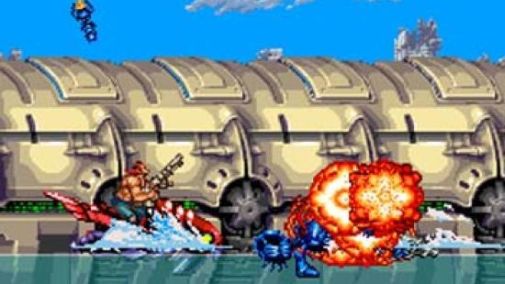 Given that Konami already applied for the trademarks to a new Contra and Contra Run and Gun, will we be seeing a new game some time in the near future? Siliconera recently spoke to Konami Digital Entertainment UK head and Castlevania: Lords of Shadow series producer Dave Cox about the same.

“I think if you’re going to bring Contra back you’ve got to be able to do something unique and intuitive that hasn’t been done before. You can’t just bring out a generic shooter. You have to have a new idea. I think if we had a new idea and we could combine that new idea with the universe of Contra that would be special. Yeah, watch this space.”

As for how he felt about games created by other developers, such as Hard Corps: Uprising and Contra 4, Cox stated that, “The problem with doing games like that is you are not doing anything new,” said Cox. “You are basically remaking or doing your slant of something that has happened before. You have to have the things that made that game great, like Castlevania, you need to have that, but you have to not be afraid to do something new. The problem with Contra it hasn’t really had anything done new to it so it’s become this hardcore niche game.

“If someone were to do Contra, to say hypothetically, it would be like a new IP in many ways. We are hardcore gamers, we played those games, but there are a lot of people that don’t know what Contra is. They have no idea. There is a massive audience out there, they play Call of Duty and love those games, but they don’t know what Contra is. I think if we were going to reintroduce something to that audience. It has to be new, unique, it’s got to stand out. It’s got to have a new idea, something really cool about it that’s never been done before.”