Building on an excellent foundation 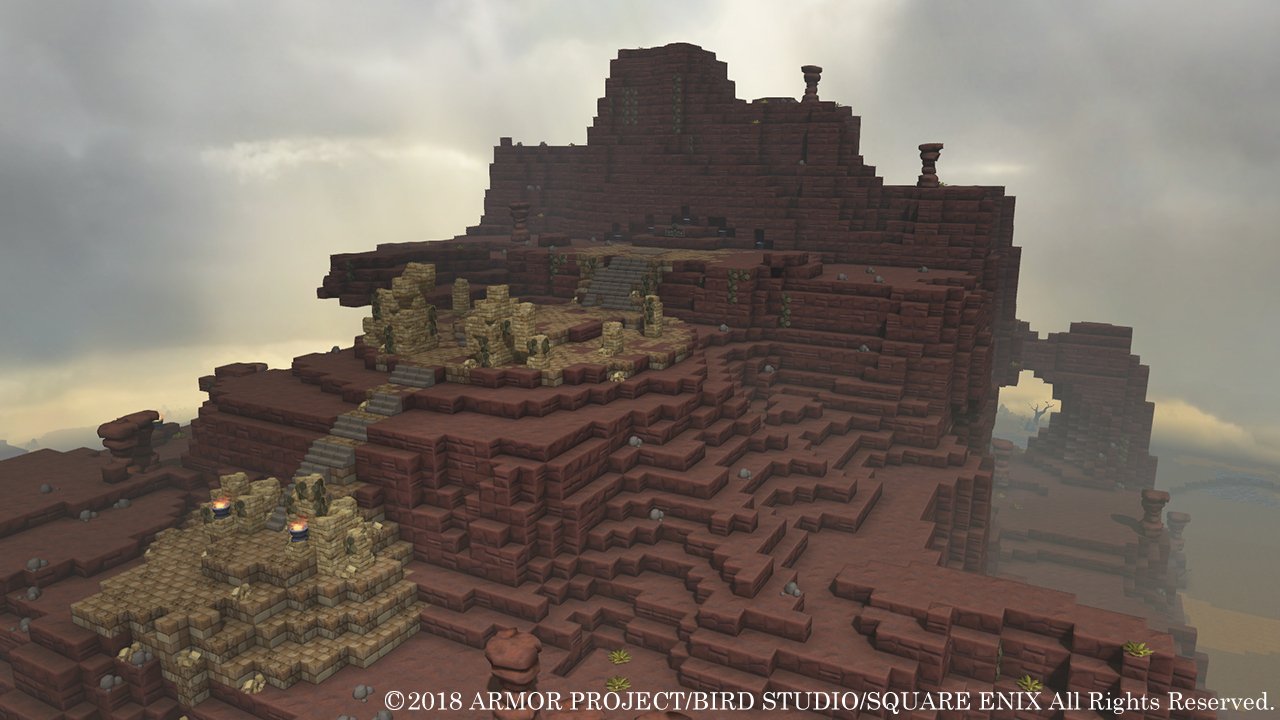 Shortly following the reveal of the new story mode and changes to the building mechanics for Dragon Quest Builders 2, Square Enix fleshed details of these new elements out even further with an update to the official Japanese Website.

The world of the game will soon once again be threatened by the Hargon Order and their plans to destroy the world. The protagonist of the game is washed ashore upon a deserted island and forced to build shelter to survive. They are soon guided by a mysterious voice to a stone monument. The protagonist overcoming the trials will grant him the skills of a Master Builder, who can save the lands.

The mechanics of the game have also been worked on, making building more engaging and easier than before. Buildings that can be 100 floors up, water that flows freely, and new movement options such as dashing, swimming and gliding like Breath of the Wild, as well as the ability to move into first person view are included as well. Gamingbolt will be on top of further updates such as a to be announced release date for the PS4 and Switch title.