New Sonic Game Arriving for Wii U and Next Gen Consoles in 2015?

A CG-animated film is also apparently in the works. 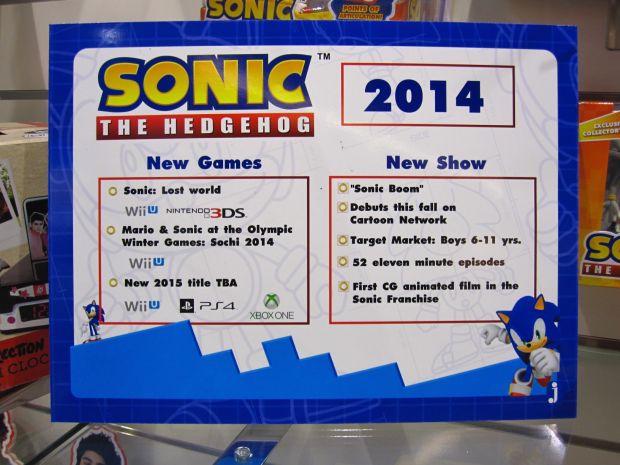 During a toy fair in Nuremberg, Germany last week, Jazwares – which manufacturer Sonic toys – put up a sign showcasing several current and upcoming releases in the franchise. This includes a new Sonic game reportedly releasing for PS4, Xbox One and Wii U in Germany along with an upcoming CG animated film.

When Sega first entered into partnership with Nintendo, it released Sonic: Lost World and Mario & Sonic at the Olympic Winter Games: Sochi 2014 for the Wii U. There was no mention of the third game till now, but regardless, it seems that Sega is allowed to go multiplatform with this release.

For those doubting the legitimacy of the sign, Sonic Boom has already been confirmed to arrive for Cartoon Network. At this point, would you be willing to purchase a new Sonic game for PS4 and Xbox One? Let us know your thoughts on the same in the comments below.