Could this be for real? 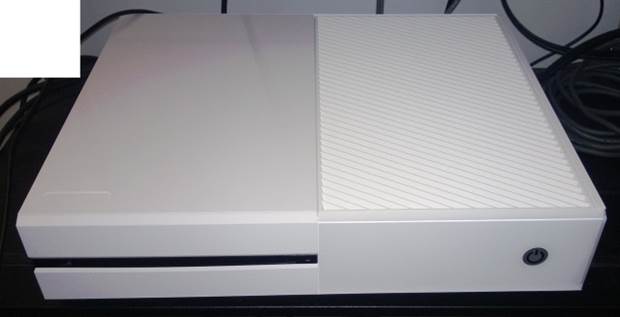 Earlier today on Reddit, a popular aggregate news content site, a photo of a newly tweaked Xbox One design surfaced. Microsoft has received complaints on the “too simple” standard black look of their released images of the Xbox One. Well, their rebuttal? A white version! Now gamers can worry about choosing a model that goes best with their living room color scheme instead of worrying about Microsoft’s controversial DRM policies.

There have been previous leaked imaged of different Xbox One shell designs in the past, most notable a zebra-striped style design. When this was brought up in the white Xbox One post on Reddit, one Xbox One developer commented, “The zebra ones were also earlier devkits. We’ve gone though several revisions since the original alpha kit (giant server case) and the current one we have looks like the launch version.”

With the addition of a choice in color design and the rapidly fading DRM policies, it would appear that Microsoft is doing everything gin their power to straighten their image in comparison to the PlayStation 4. Is this enough for you?

The Xbox One is set to release in November of 2013.

Tagged With: Microsoft, Xbox One, Xbox One dev kit