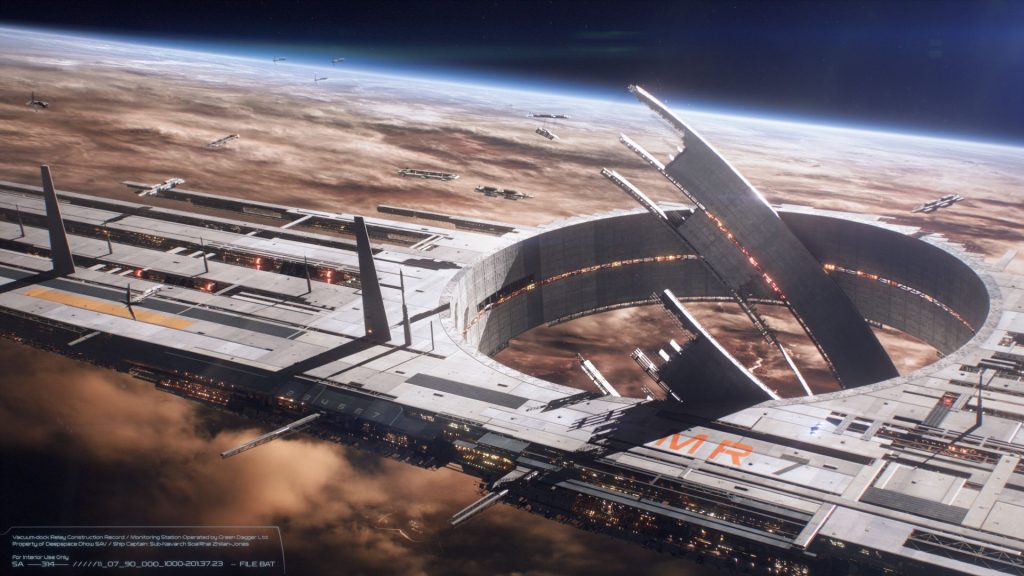 Along with providing an update on the next Mass Effect and detailing four of the leads working on the game, BioWare released a mysterious teaser. It seems to be a GIF of a Mass Relay in construction (as indicated by the “MR” letters), with some ships seen in the distance.

However, at one point, the footage seems to shimmer. If you examine it closely, the shape resembles a Reaper’s appendages. It’s hard to tell, but would be unlikely. After all, the product description for last year’s N7 Day lithograph said, “The threat of the Reapers might have been ended, but at great cost, including Earth itself. While the survivors are left to pick up the pieces, fans are left wondering what’s next.”

It also mentioned, “Shepard and the survivors are left to pick up the pieces.” Project director Mike Gamble later noted this was a mistake, and that, “The original thing was written by the people who run the store and aren’t familiar with the game.”

On the one hand, the reconstruction of the Mass Relay lines up with the Destroy ending of Mass Effect 3. However, the presence of a Reaper could point towards this taking place after the Control or Synthesis endings. Time will ultimately tell, especially since the team will reveal more when it’s ready, so stay tuned.