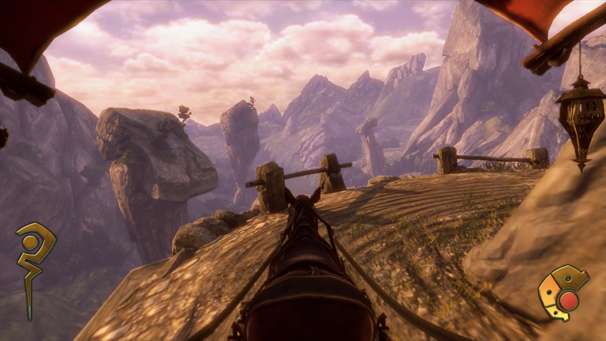 Peter Molyneux, lead dev guy on the upcoming Kinect only Fable: The Journey, says there will be no swords or guns in the game, only magic, because everybody expects a recoil from melee weapons which the Kinect experience just cannot offer.

“We could have done melee weapons, but the one thing I hate about melee weapons, and guns as well, is that the human brain is encoded to expect recoil from those things,” the bald guy told OXM.

“Whenever I swing a sword and I hit something on screen, the visuals and the sound isn’t enough. We could have done what Zelda did well on Twilight Princess, where it doesn’t really matter what you do, what happens on-screen is the best thing. But I wanted people to feel powerful, to feel power, and that’s all about you.

“The thing about magic is there’s nothing encoded in your mind about how it should feel. So no guns, and no swords.”

Molyneux is hyping The Journey as a core Kinect game. We sure hope it’s good, because right now, it doesn’t look that way.