Posted By Shubhankar Parijat | On 10th, Sep. 2010 Under Industry News 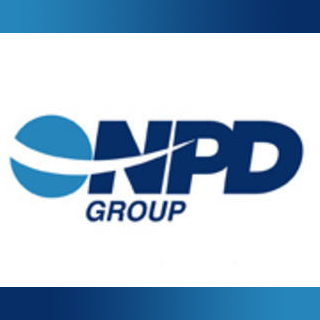 The Xbox 360 has gained all the momentum it had lost in the past few months, and then some- actually, a lot- more. Being the second highest selling system in June, and the highest selling system in July, and now August as well, in the US, the Xbox 360 looks as if it can never run out of steam. And with the looming releasing of Halo: Reach and later, Kinect, the sales are bound to grow.

However, the year-on-year loss that has been continually reported for so many months continues- the PC retail software sales grossings fell from $846.5 million in July to $818.9 million in August. Hardware sales dipped a total of 5% from $313.8 million to $282.9 million. Software sales fell to $403.5 million, while accessories fell 6 percent to $132.4 million.

As we have already said above, the Xbox 360 was the highest selling system, selling a total of 356,000 units in the US, thanks to it’s recently released $200 $GB and $300 250GB Xbox 360 bundles. On the topic if the sales of the system could increase and if it could remain on top, NPD analyst Anita Frazier said, “With Halo: Reach coming to market next week, if hardware sales react in a similar fashion to what was experienced when Halo 3 was launched in September 2007, September could be a huge sales month for Xbox 360 hardware.”

The PS3, which finished 4th, topping only it’s handheld sibling, PSP, which sold a laughable 79,400 units, sold 226,000 units, reporting a 13th consecutive month-on-month growth. Impressive. Still not finishing in even the top 3, though.

In the software department, as was expected, Madden NFL 11 took the lead, with the 360 and the PS3 version claiming the 1st and the 2nd spot respectively. The Xbox 360 version sold a whomping 920,800. The PS3 version’s sales weren’t any less impressive, with a total of 893,600 units sold. Super Mario Galaxy 2 claimed the third position, and it was way, way, way raised to power hundred times behind even the PS3 version of Madden, selling 124,600 copies.

Mafia II, after claims by Take-Two that it was going to be very successful and after having topped the UK charts, turned out to be rather successful, despite the mixed reviews it has been getting, and claimed the fourth spot, selling 121,600. New Super Mario Bros for the DS came fifth, selling 110,400 units.

Here are the entire sales figures: