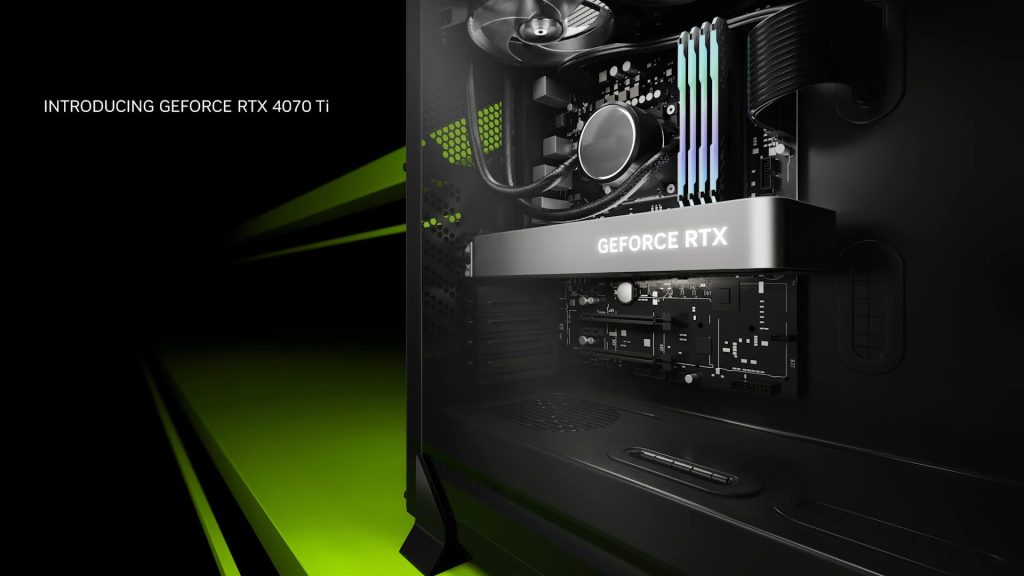 Nvidia has officially revealed the GeForce RTX 4070 Ti at CES 2023, touting it as faster than the RTX 3090 Ti. As a rebranding of the RTX 4080 12 GB, it will be available on January 5th for $799. Though there won’t be a Founder’s Edition, custom variants from Asus, Gigabyte, MSI and more.

It consumes 285W of power and supports new features like Nvidia’s DLSS3, Nvidia Reflex and the new Ray Tracing Overdrive mode. Overall, its price makes it the cheapest of the RTX 40 series GPUs, with the GeForce RTX 4080 costing $1,199 and the RTX 4090 costing $1,599. Stay tuned for more updates and details from CES 2023.