“Unlimited Power!” That was more or less what I was thinking right after slotting in a review unit of the reference GTX 980 Ti, a little more than a year ago this day. Even at 1080p, the 980 Ti handed in jaw-dropping, irresponsible levels of performance, and represented a marked experiential improvement over the outgoing 780 Ti.

Of course, progress is progress and high-end desktop GPUs have always had an unfortunate way of getting obsolete in a hurry. But even bearing that in mind, Nvidia’s outing of the new Titan X (GTX branding omitted) seems oddly rushed, not even two months after the GTX 1080 released. Heck, strictly speaking, the 1080 is still in launch mode as far as the market’s concerned, with grossly inflated prices and maybe-today-maybe-not stock availability. Historically, AMD and Nvidia have had very specific reasons for launching cards in odd release windows.

Take the 980 Ti, for instance. No one expected this particular price-performance monster to hit the market just three months after the original Titan X  came out. With a performance profile essentially identical to the Titan X, the 980 Ti acted almost like a $350 price cut, again, after just three months. That might sound crazy but there was, of course, the impending launch of AMD’s Fury X to contend with. The 980 Ti was a tactical strike, meant to render the Fury X both price and performance-irrelevant, exactly a month before the card launched. This was similar to what Team Red themselves did with the Titan-slaying R9 290X two years earlier: capturing market share is all about delivering a cheaper product that does the job better. 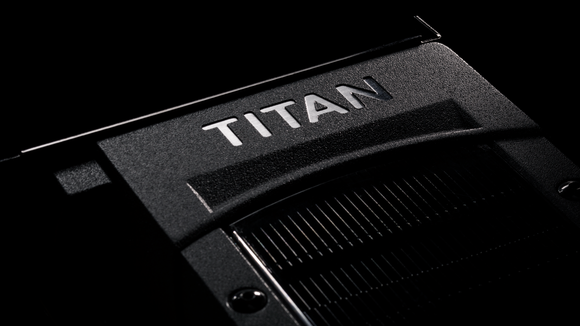 Where does the new Titan X fit into all this? Let’s leave the “cheap” part out of it, because a $1,200 card is nowhere near cheap. But what’s the rationale behind offering a substantially higher performance part when the 1080’s just hit the market? Preempting AMD is not a likely reason this time. With Polaris, AMD is deliberately targeting a high-volume, mainstream audience, building up sweet-spot market share rather than trying to play catch-up. Vega’s not yet on the horizon, with Vega card(s) slated for a Q1 2017 release. The 1080’s selling like hotcakes despite the Founders Edition shenanigans, and the 1060, along with backstock of the GTX 970, is rounding out Nvidia’s mainstream  offering very nicely. On the surface, there doesn’t appear to be much reason for the new Titan X to show up when it has, but no company outs a $1,200 flagship just out of the blue. Let’s look at a couple of different angles here.

First off, brand positioning. Note that the “Nvidia Titan X” is not actually a consumer GTX part. In Nvidia’s own words, it’s a “brand of its own.” Keep one very important factor in mind: Nvidia doesn’t generate all of its revenue from its consumer GPU line. A (very) sizeable chunk of money comes in from HPC (high-performance computing) and professional CAD products, through the Tesla and Quadro lines. Since the inception of the original Kepler-based GTX Titan, Nvidia’s positioned Titan as a “prosumer” option, essentially as an entry-level card for smaller clients who need to get graphics rendering done on a  tighter budget than a Quadro would allow for.

While there is a section of PC gamers who are willing to part with $1,200 for higher framerates, Nvidia’s real target audience are smaller-scale professional clients, like indie game developers and CAD designers. In this respect, the new Titan X has something in common with AMD’s Radeon Pro Duo, a $1,500 dual-GPU solution targeted more towards content creators than at gamers. The GTX 1080 already serves up a very good 4K experience, consumer-side. With its stratospheric price-tag, the new Titan X is unlikely to eat into GTX 1080 sales. However, it gives performance-hungry buyers a real option outside of 1080 SLI for really, really high-end 4K gaming. And that choice matters, even if it’s effectively an illusory one. Straddling both markets, Nvidia can sell the card to both both entry-level professionals and ultra high-end consumers, while also raising the performance bar ridiculously high. And speaking of performance, let’s get into the new Titan X’s core specifications. 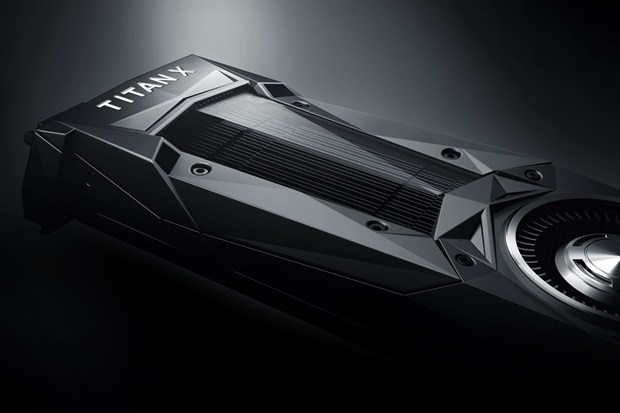 The new Titan X isn’t quite the phenomenal improvement you’d think it is when you take a good look at the numbers. While the new Titan X features 40 percent more shader cores than the 1080 (3584, as compared to 2560), it operates at a substantially lower clockspeed, with the boost clock topping off at 1531 MHz. As a result, the new Titan X will only have a 24 percent lead in shading performance over the GTX 1080. The most likely reason for the drop in clockspeeds was to keep the Titan X within its 250W power budget. The GTX 1080 is itself a 180W part, so Nvidia only has 70W of headroom to work with.

There is another possibility here. Even if it’s meant to be a low-volume luxury product, a 24 percent uptick in performance is simply not enough of a differentiator for the new Titan X to sell at double the price of a 1080. There’s a good chance the numbers are a bit fiddly here: Nvidia’s own 780 Ti had a 920 MHz boost clock, a full 138 MHz lower than the GTX 680, again to ensure that, at least out of the box, it adhered to a nominal 250W TDP. In practice, though, when overclocked, both the 780 Ti and the 680 generally hit similar clockspeeds of around 1200 MHz; the 780 Ti simply had a lot more headroom because it was clocked lower in the factory. We think we’re looking at a similar situation here with the new Titan X. While Nvidia wants to stick to a nominal 250W TDP for their newest part (after all, Pascal is supposed to be about power effeciency), we’re almost certain the new Titan X will have enough headroom to at least hit stock 1080 clocks.

A new Titan X at circa 1700 MHz, with a 40 percent lead in shading performance over the 1080, along with the substantial memory bandwidth gains, is an altogether different proposition. What does this mean in practice? The GTX 1080 is already closer to offering a 4K/60 FPS experience than any other card on the market. Still, it’s not *quite* there yet, with a 40-60 FPS output that’s better suited to a G-Sync monitor. If an overclocked Titan X can deliver 30-40 percent more performance than the 1080, it may have enough headroom to offer a truly locked 4K/60 FPS gaming experience.    Stock performance for the new Titan X isn’t going to be revelatory if you’re coming from 1080, but a hefty overclock could make it a viable option for someone who’s considering going the 1080 SLI route. 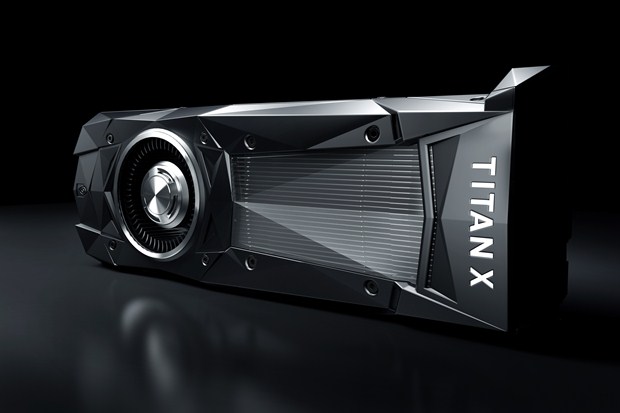 In terms of memory bandwidth, there aren’t any major surprises here. Nvidia’s opted for 384-bit bus for the new Titan X. A wider bus paired with DDR5X at 10 GHz makes for an interesting combination: We’re looking at very nearly the same amount of bandwidth as the HBM-powered Radeon Fury X had. Going back to the Fury, high amounts of memory bandwidth allow the card to scale better when running at higher resolutions. As 4K gaming is a key use-case for the new Titan X, high memory bandwidth is important to ensure that the framerate doesn’t come tumbling down at higher resolutions. This was why the Fury X was so much slower than the 980 Ti at 1080p in many games, but caught up at 4K. Add to this Pascal’s next-gen colour compression tech, and you have a card with oodles of bandwidth to spare, ensuring that games will run at consistently high framerates, at 4K. The large, 12 GB framebuffer, while certainly not very useful right now, may come in handy a year or two down the line, to run VRAM-hungry titles.

We can’t avoid talking about the new console releases early next year in the context of the new Titan X. The new Titan X features a staggering 11 Teraflops of compute power. However, an apples-to-oranges comparison with the PS4 Neo and Scorpio (even with that 6 Teraflops number floating around), is simply not possible, because of architectural differences. Case in point, the RX 480, a 5.8 TFlops part, is right about on par with the GTX 970, which hands in 3.9 TFlops. What we can do is extrapolate performance from the 1080 to get an idea of what the new Titan X can do in-game, and then compare that with the kind of performance targets Sony and Microsoft are hoping to reach. The consoles obviously have an enormous price advantage, but the new Titan X isn’t really meant to be a good deal.

The new Titan X should have enough grunt to drive AAA games at 4K/60 for the next couple of years, at least. In contrast, while  the PS4 Neo will most certainly support 4K content, in terms of videos streaming and Blu-ray, it will most certainly lack the power to drive AAA experiences at that resolution. Microsoft has been taking pains to portray the Xbox Scorpio as a kind of “4K Xbox One,” and while that may mean that it’ll run games at 4K, it’ll do so with substantially compromised framerates and visual quality compared to the new Titan X. Well, what else did you expect from a $1,500 graphics card?

Pricing is a bit of a contentious point, and this includes not just the new Titan X, but the Pascal cards on a whole. Through Nvidia’s Founders Edition strategy, the MSRP on Pascal cards has become an imaginary number. The understanding prior to the 1080’s launch was that Founders Ediion would be along the lines of a premium-priced luxury SKU (ooh look at the aluminium vapour chamber!), with AIB partners like Asus, MSI, and Gigabyte bringing custom designs soon after at MSRP. But in reality, many AIB partners have priced  their Pascal cards starting at the Founders Edition pricing. At $600, the GTX 1080 is a worthy successor to the GTX 980, nearly doubling that card’s performance while staying within a 200W TDP, just what we wanted to see with the move to 16nm. But when the 1080 sells for $800, a pair of 980 Tis and a PSU upgrade starts looking like an actual, sensible option.

With the new Titan X, Nvidia’s dispensed with the pretense and just straight-up hiked the price of admission by $200. If you’ve got the money lying around to buy a $1000 card, chances are you wouldn’t mind forking out another $200. What worries us here is the knock-on effect this could have on pricing for the 1080 Ti, if and when that card hits the market. The 980 Ti offered fantastic value at $650, but with even the vanilla 1080 priced higher than that, chances for relatively affordable Nvidia flagship this gen look slim.

The new Nvidia Titan X certainly ups the bar in terms of graphics performance. What we’re looking at here may be the very first card to offer a true 4K/60 FPS experience. When we get our hands on a review unit later next month, we’ll be sure to fill you in on just how much of a leap it is. But, priced out of reach of most gamers, it’s more important for its aspirational value. 4K gaming right now is where 1080p gaming was at a decade ago. TV and monitor prices are falling to more or less reasonable levels, and the earliest cards capable of delivering a great gaming experience at the resolution have shown up. The new Titan X sets the performance target that mainstream cards need to hit from 2017 onwards. It also puts the ball squarely in AMD’s court. Team Red has another 6-8 months to work on Vega, and they now have a very real (and very high) performance bar to cross. Let’s see what happens.