Octopath Traveler Sells Out, Is Backordered For 1-2 Months on Amazon

That Octopath Traveler is doing well at retail should be well known by now. We already know that it had a great debut in the U.K., and that it sold out in Japan, with Square Enix having to issue an apology for the game’s lack of availability. However, it looks like even Nintendo, who published the game outside of Japan, may have underestimated just how successful the old-school turn based RPG might be.

Attempt to buy the game on Amazon right now (where it is currently the top game on the bestseller charts), and you will see that the game is not expected to ship to you for “1-2 months”, which… is kind of crazy. What it might imply is that every subsequent expected restock up to the next 1-2 months has already preemptively been sold out on Amazon. If nothing else, this indicates that there is a crazy amount of interest in the game.

Octopath Traveler is a great game, which is a loving homage to old-school 16-bit JRPGs, so that does make sense. It is available now exclusively on the Nintendo Switch- if you can’t get a physical copy, maybe consider buying it from the Nintendo eShop. 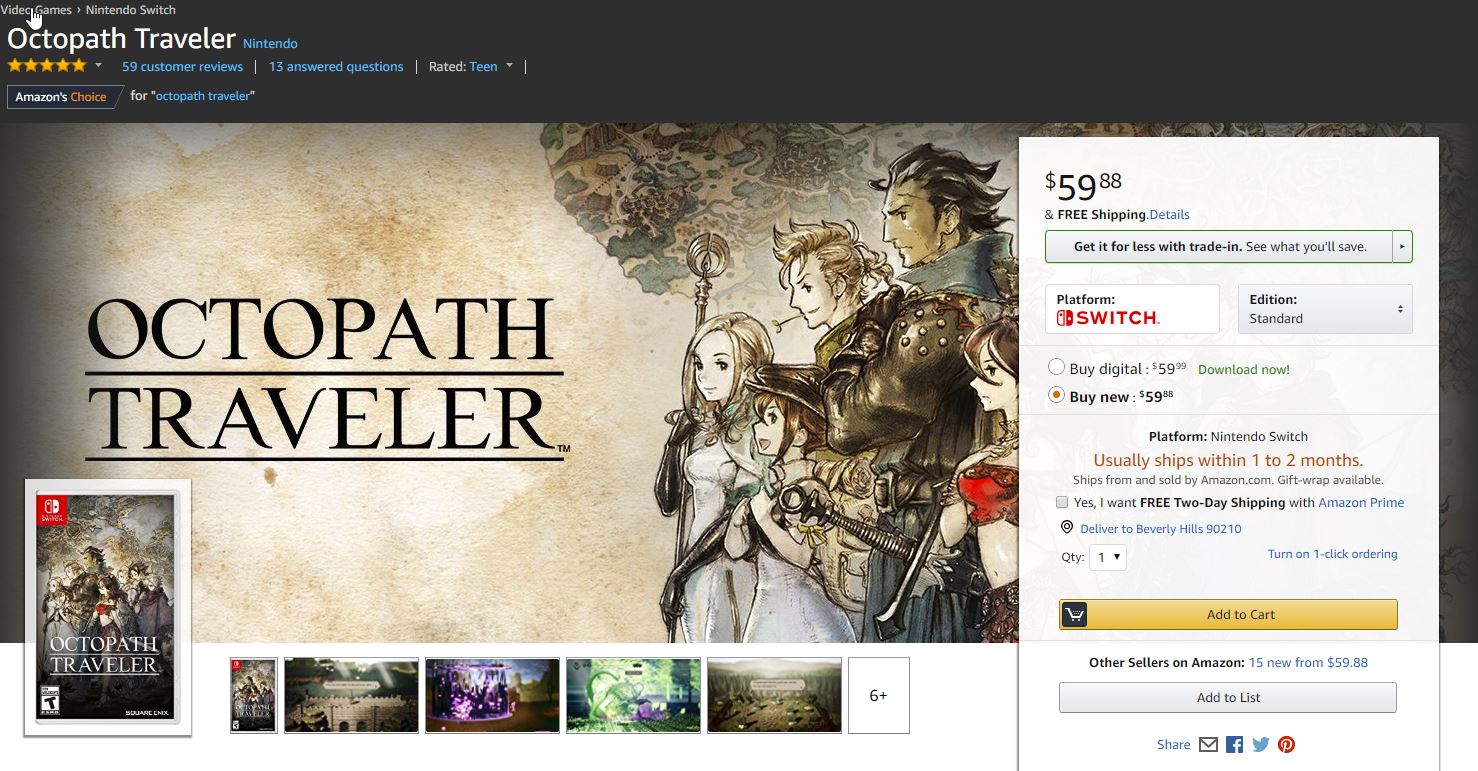