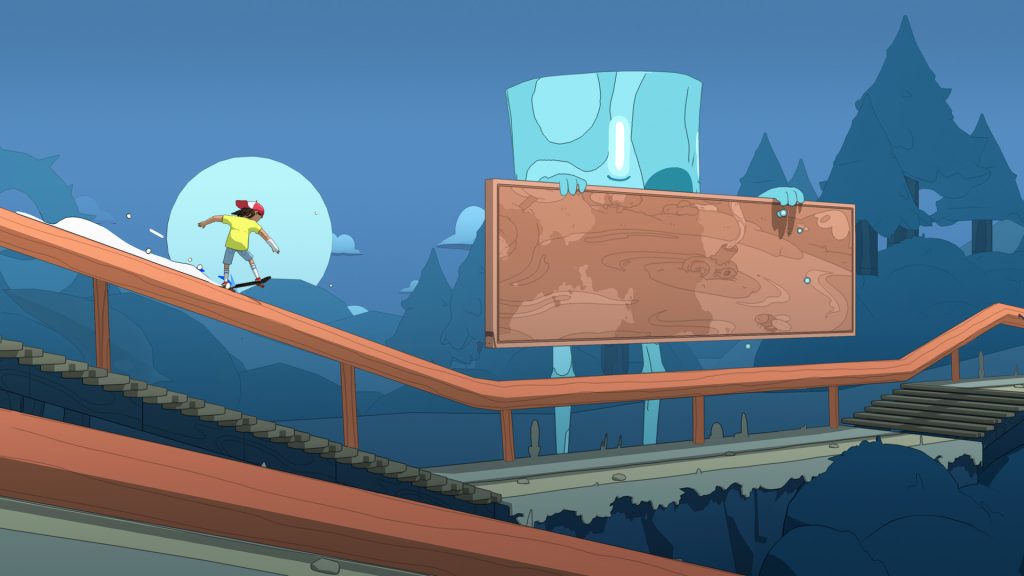 Roll7 delivered two very solid skateboarding games with the first two OlliOlli titles, but with the upcoming OlliOlli World, the indie studio is cranking things up to eleven. With a switch to 2.5D and a brand new cel shaded art style as opposed to the pixel art of its predecessors, OlliOlli World is promising bigger and better things, and its newest trailer shows all of that off.

The overview trailer, which you can view below, gives a solid glimpses of various locations and stages, gameplay mechanics and combos, and also introduces various characters that you’ll meet throughout the game. Cosmetics and customization for both your character and your skateboard, which have been previous emphasized greatly, are also shown off, while we also get a taste of what to expect from the game’s multiplayer offerings and leaderboards, all of which will support cross-play.

A release date has also been confirmed for the game. While it was previously scheduled to launch some time in Winter 2021, it’s now been confirmed – to little surprise – that that’s been slightly pushed back, with a new release date set for February 8, 2022 for PS5, Xbox Series X/S, PS4, Xbox One, Nintendo Switch, and PC.

OlliOlli World developer Roll7 was recently also acquired by Private Division, who, incidentally, are publishing the game. Read more on that through here.