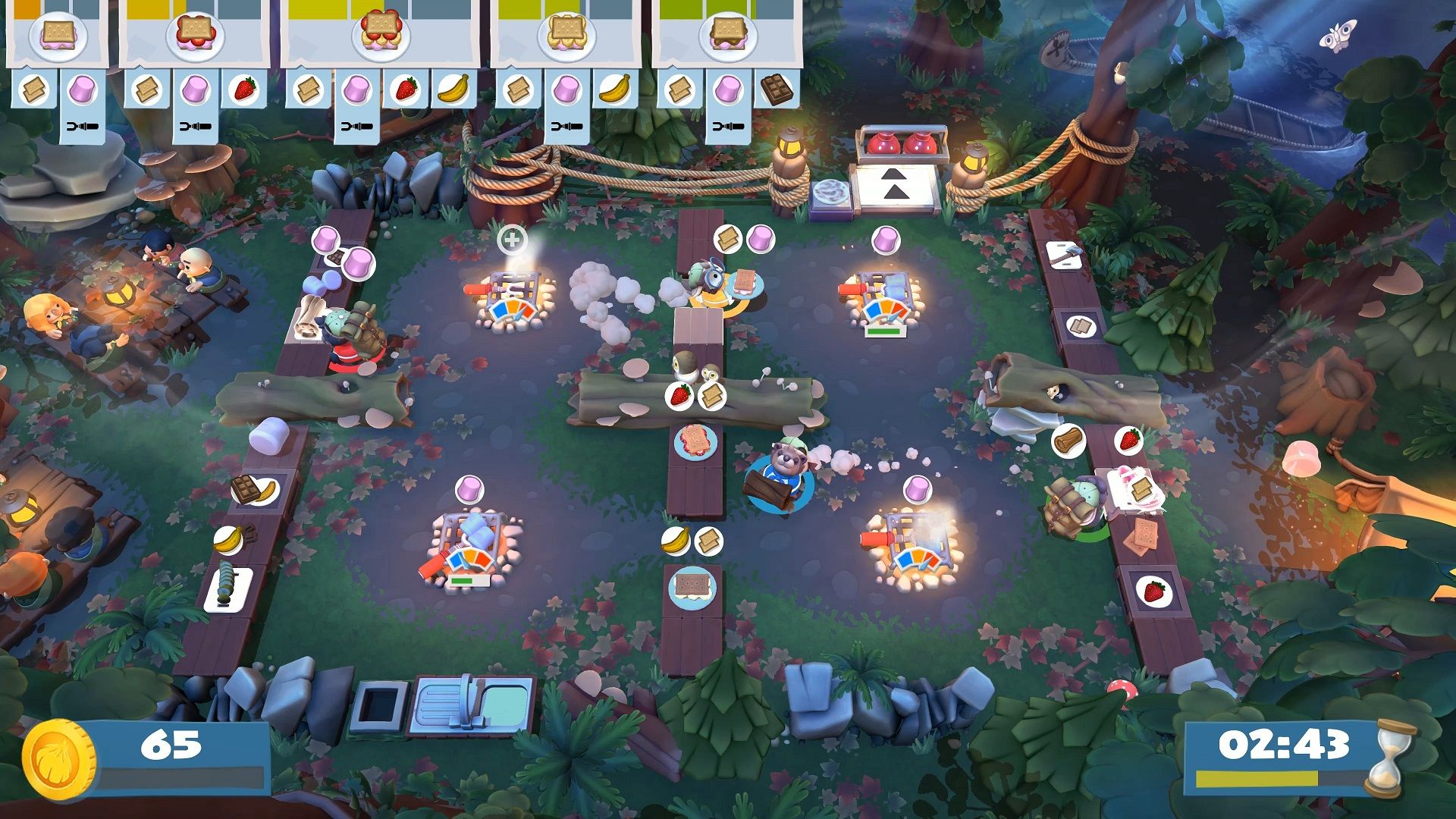 Fans of Ghost Town Games’ scrumptious co-op cooking title Overcooked 2! have some new DLC to dig into. Campfire Cook Off is out now for Xbox One, PS4, Nintendo Switch, and PC for $5.99. It brings a new map, new kitchens, and new chefs to the table. Check out the launch trailer below.

Along with a nature-rific map full of fireflies and beautiful brooks, players will have 12 normal and 3 Kevin kitchens to play through. The new chefs include some woodsy folk, like the Owl Chef, Beaver Chef, Explorer Chef, and Bear Chef. New recipes like s’mores and blueberry pancakes, backpacks for picking up ingredients, and campfires that must be supplied with wood ensure plenty of new ways to cook.

But wait, there’s more. Overcooked 2! has also received a Season Pass for $19.99. It provides Campfire Cook Off and two additional DLC packs that will be released later this year. If you haven’t tried Overcooked! 2, it’s probably worth a look for the co-op shenanigans, especially with two other DLC – Too Many Cooks and Surf ‘n’ Turf – also available.