Reworks for Sombra, Bastion, Orisa and Doomfist will be available along with a new Ping System. Public beta testing is slated for later this year.

Blizzard Entertainment has released a new Developer Update video for Overwatch 2, detailing the team’s strategy going forward. Game director Aaron Keller has revealed that the PvP side is being decoupled from PvE in order to provide fans with new content sooner. A closed alpha will take place this week for Blizzard employees and professional players.

It’s in late April where things get real spicy. A closed beta for PvP will go live with 5v5 matches, four maps new to the series – Circuit Royal, Midtown, New Queen Street and Colosseo – and Push Mode. Sojourn is being added as a new hero along with reworks for Sombra, Bastion, Orisa and Doomfist. There’s also a new Ping System for players to try out.

Head here to opt-in for a chance to join the beta via Battle.net. Access will be granted to players in phases and more will be added in further beta phases. Public beta testing is also coming this year with new features, maps and other new heroes. Keller also notes that the team will communicate more in the coming months so stay tuned for more details. 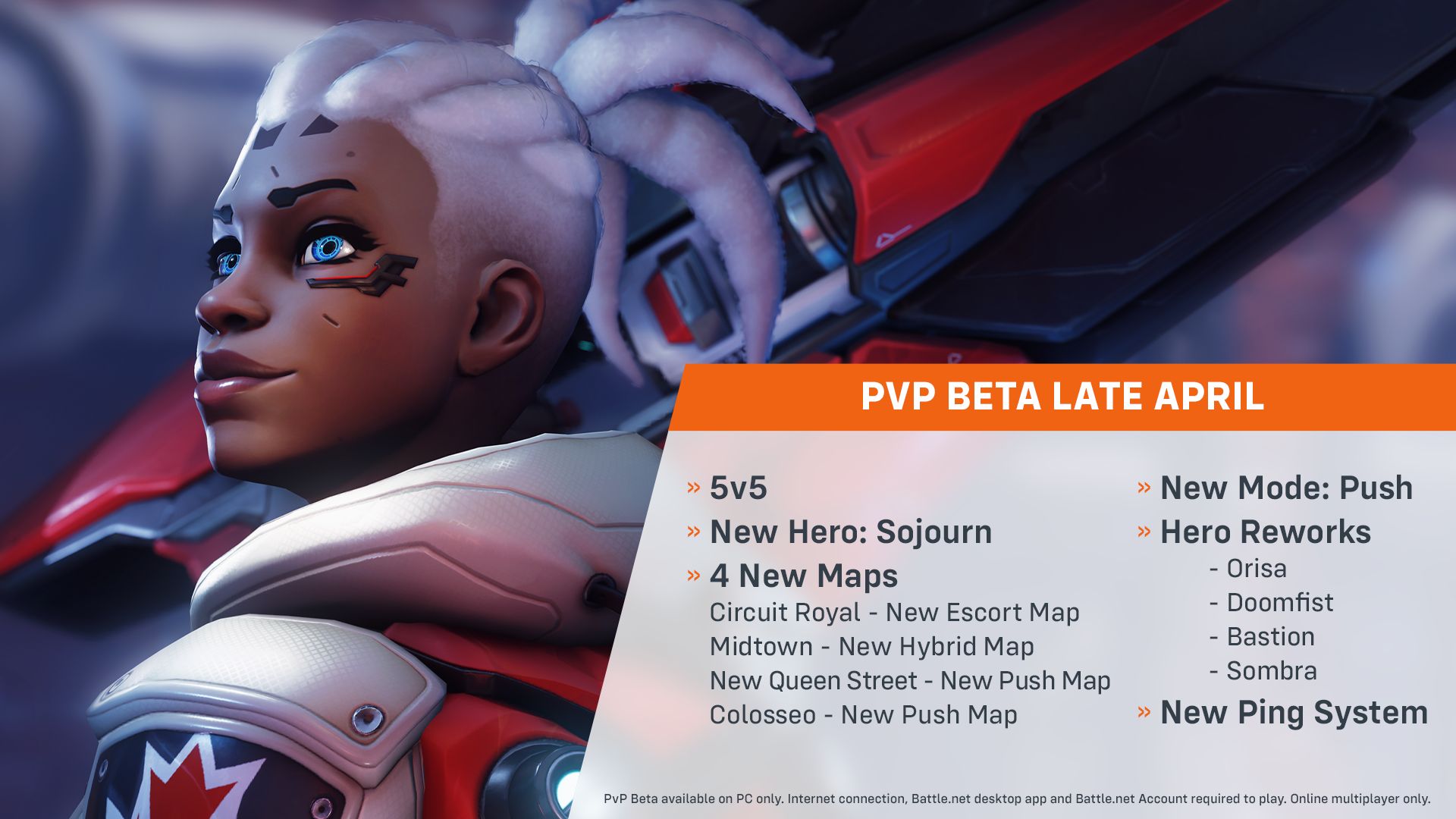