It’s not without its problems though. 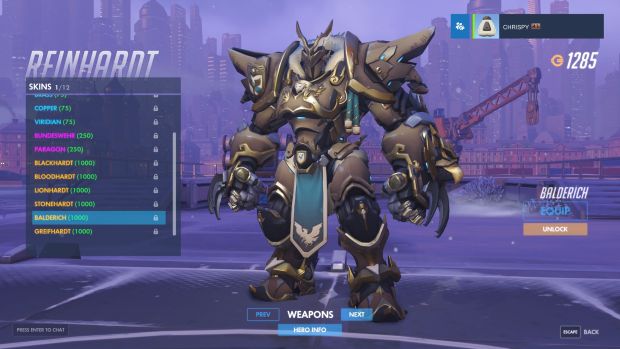 Blizzard Entertainment has been fairly receptive towards player’s needs in Overwatch, especially when it comes down to tuning certain heroes and aspects of gameplay (no more Sudden Death in Competitive Play, for instance). One such option it’s been holding off on is a rather bizarre request – the ability to change hero skins while in a match.

Director Jeff Kaplan addressed the request and noted that with regards to changing them before matches, “We also would like to give you this option. Our design for it allows for changing skins during ‘Assemble your heroes’ but not after that phase.

“We want people to be able to change skins before a match but we also don’t want people changing skins mid-match. We have two reasons for this: 1) Your team needs you. Go help them, 2) We don’t want to add confusion to the ‘read’ of the game by having people constantly changing appearances during the map.

“This feature has been on our list for a very long time and is something we want to make happen. It usually gets de-prioritized for other things (such as the Season 2 competitive changes). It’s something we really want to do though.”

It’s likely to happen sometime in the near future but don’t count on changing skins mid-game to “fool” your enemies.