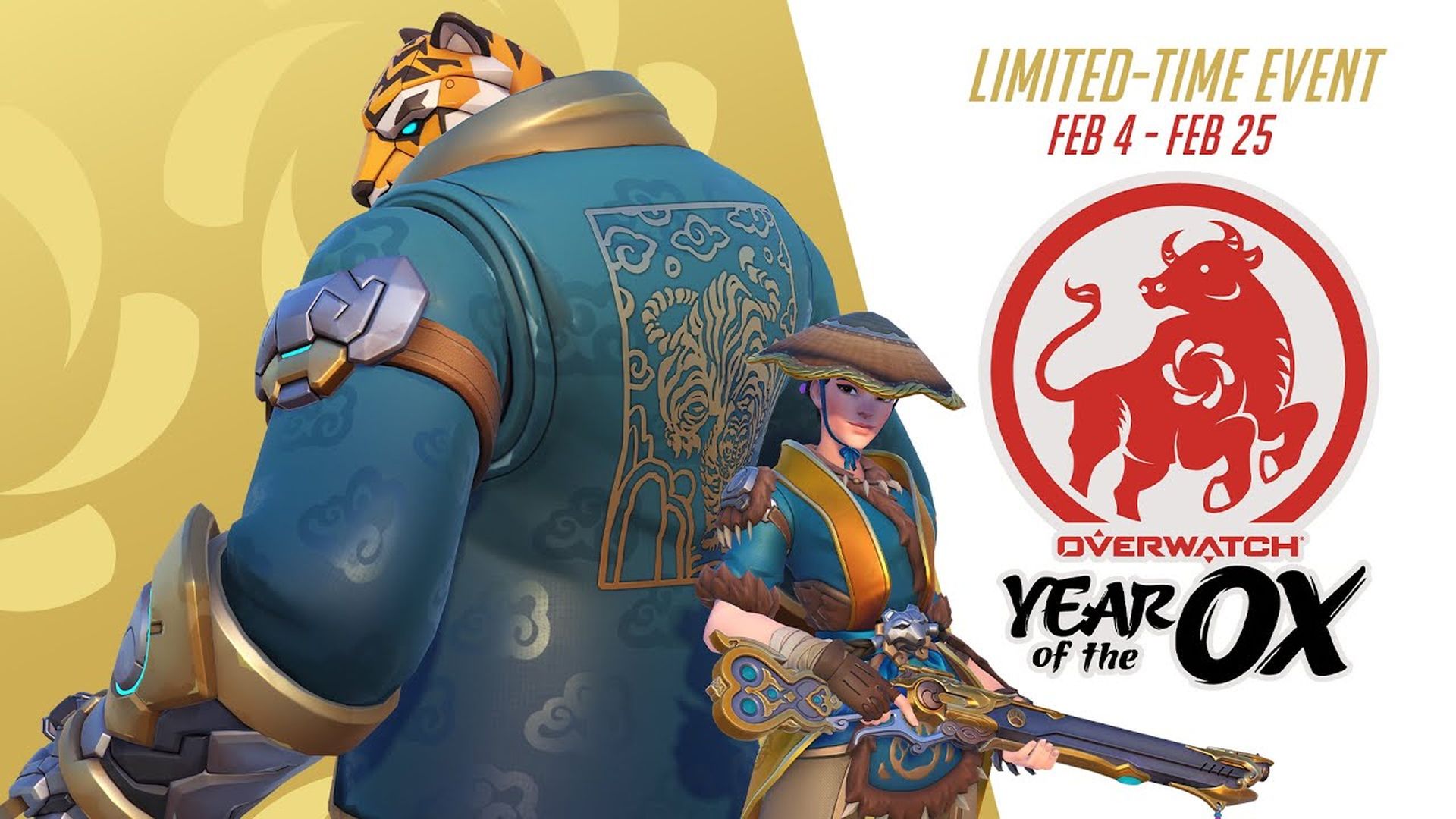 Overwatch’s Lunar New Event, celebrating the Year of the Ox, is now live. As with previous years, it brings several new Legendary skins with Echo, Bastion and Ashe being the spotlight. It also adds a brand new mode called Bounty Hunter in addition to Capture the Flag and CTF Blitz. Check it out below.

Bounty Hunter sees players designated as Bounty Hunters fighting to kill another designated as the Target. Killing the Target nets points but the one who earns the final blow becomes the next Target. As a Free-For-All mode on new map Kanezaka, it looks pretty fun.

Three new Weekly Challenges will also run during the event’s duration. Winning three matches nets a Player Icon while six wins grants a new Spray. Win nine matches and receive a free Epic skin. This week is all about Baptiste with McCree coming in the second week and Reaper in the third. The Year of the Ox runs from February 4th to 25th.