Two new Legendary skins and emotes along with a new highlight intro are available until February 15th along with three new Weekly Challenges. 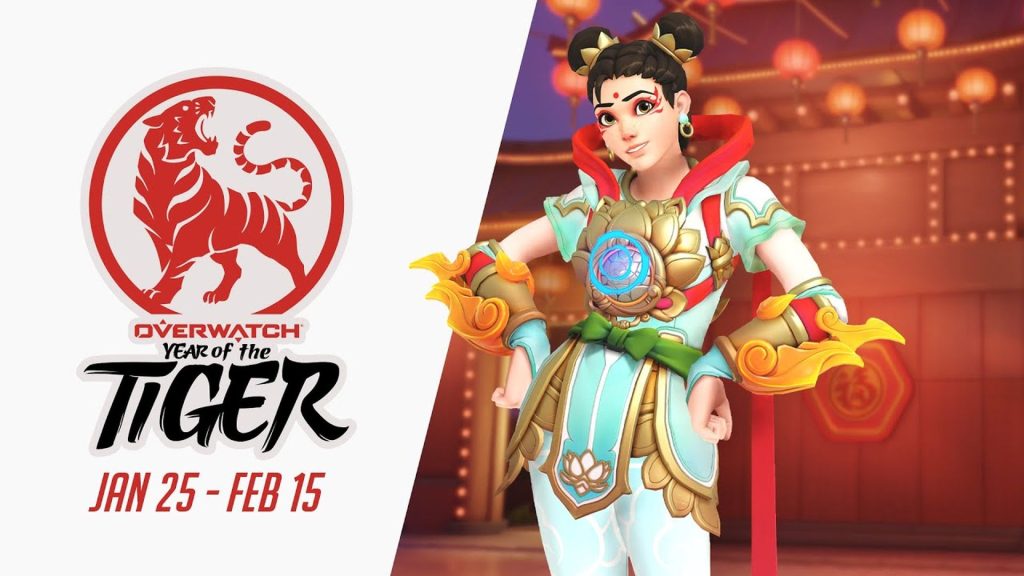 Lunar New Year for Overwatch returns with Year of the Tiger which is now available for all players. It features a whopping two Legendary skins this time around for Tracer and Mercy. However, three new Epic skins, player icons and sprays can be earned via Weekly Challenges for Ashe, Soldier 76 and Wrecking Ball. Check them out below.

In terms of other cosmetics, there are two new emotes (one each for Widowmaker and Genji) along with a new highlight intro for Zenyatta. In terms of modes, Capture the Flag, CTF Blitz and Bounty Hunter return. If you’ve never played Bounty Hunter, the first person who earns a kill in a match becomes the Target and everyone must hunt them down for points (but then becomes the next Target).

Year of the Tiger will be available until February 15th for Xbox One, PS4, PC and Nintendo Switch. In other Blizzard-related news, the company recently announced a new survival game for PC and consoles that’s set in a “whole new universe.” Read more about that here.