The battle against hordes of Omnic foes will be returning soon. 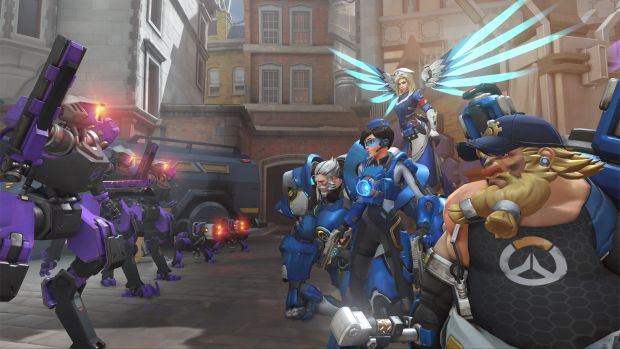 After Yeti battles and Capture the Flag, players of Blizzard Entertainment’s Overwatch will finally be getting some PvE action. The game’s official Twitter has teased the return of Uprising, which looks to be on April 10th. The name comes from the operation “King’s Row Uprising” which saw agents Reinhardt, Mercy, Torbjorn and Tracer battle in London to deal with an Omnic terrorist cell called Null Sector.

Uprising is significantly different from Junkenstein’s Revenge, Overwatch’s Halloween PvE event, in that players must complete different objectives through the entire King’s Row map. There are several different enemy Omnic types and bosses to down along the way.

This will be Uprising’s second year so expect a few changes as well (though we doubt it’s anything drastic). You can also look forward to new cosmetics present in event loot boxes. Whether anything tops Blackwatch Genji or McCree remains to be seen but we’re looking forward to it all the same.