Hi-Rez's Todd Harris is not amused by comparisons. 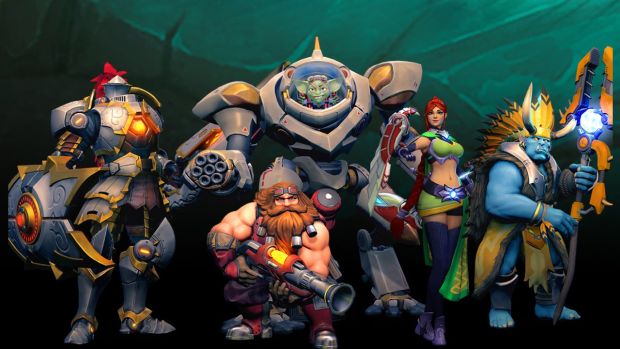 It’s not easy being a game developer, especially in the hero shooter age with so many effective but still constrained hero archetypes to work with. Look at the number of people comparing Battleborn’s characters to Overwatch’s heroes, especially with regards to the dual shotgun wielders and rocket launchers.

However, it’s a little hard to look at Hi-Rez Studios’ Paladins and not immediately view it as an Overwatch clone. It also doesn’t help that this video by Videogamedunkey gained tons of traction recently. Hi-Rez COO Todd Harris spoke to IGN though and stated that Blizzard’s shooter “was not the inspiration for Paladins.”

He further stated the same characters “were available and playable in the Paladins beta long before similar character abilities were shown in Overwatch.” Which is funny when you consider that Overwatch’s closed beta started in October 2015 while Paladins‘ closed beta began in November 2015.

Harris said on Twitter there will be more details later today. “We weren’t going to comment. But too many sh*tposts so tomorrow we’ll layout the actual history/facts. Meanwhile, CCU don’t lie.”

Thoughts on the whole issue? Let us know in the comments.