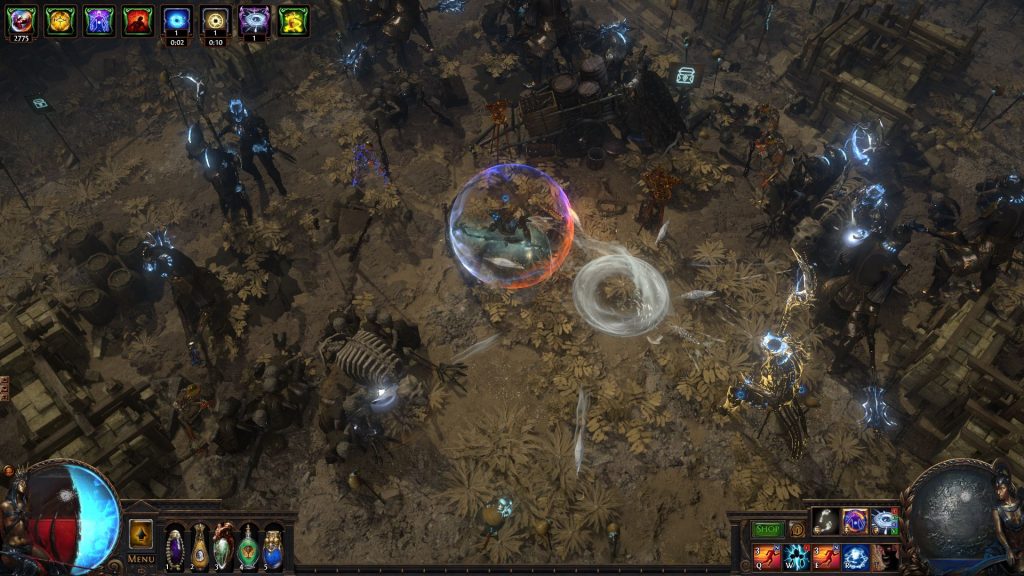 The newest League and update for Grinding Gear Games’ Path of Exile went live last Friday with Expedition. It adds a new activity where players can excavate chests and/or monsters for loot along with trading artifacts for rewards. However, it also brought about a ton of nerfs to mana, movement, flasks, Support Gems and whatnot.

In a new Reddit post, managing director and studio co-founder Chris Wilson revealed that peak concurrent players at launch had indeed dropped compared to Ritual League. “To be transparent, the number is that 23 percent fewer players joined us at launch compared to our all-time record, and this is something we were prepared for. In addition to the normal variance between releases, we completely understand that Path of Exile had a lot of changes in 3.15 and this is definitely unnerving to some players.”

A number of hot fixes have been released, from a fix to a new graphical bug that causes T-posing to buffs from the new Summon Reaper gem. Upcoming changes include a display in vendor windows for the Expedition Currency that players currently own; a fix where Alternate-art Flasks weren’t displaying; and so on. More importantly, Wilson has taken note of the feedback to mana cost multiplier changes, noting that they were “too extreme.”

“Yes, they were too extreme. Based on feedback and data, we are reviewing the mana cost multipliers again and will be reducing many (but not all) of them. While this will ease the impact on your mana by a moderate amount, the goal is still that mana matters a lot more than it did before.” Ailment immunity from flasks is also having its duration increased from one second to four seconds. Arctic Armor is also being updated to provide Freeze Immunity. Also, for those who hated the Goatmen from the buffed Act 1 that are super-deadly in end-game, their Leap Slams and Molten Shell abilities will be nerfed.

Unfortunately, it doesn’t seem like there will be an auto-pickup option for the Artifact Splinters that drop after Expedition encounters. Wilson says the developer has noted that there are too many Splinters in the game currently and will “be mindful of this for the design of future releases.” Which is something that’s been said for numerous Leagues now so interpret that as you will.

Path of Exile: Expedition is out on July 28th for Xbox and PlayStation consoles. Stay tuned for more details and updates to the game in the coming weeks.