Find out the Achievements for the timed exclusive Xbox One title. 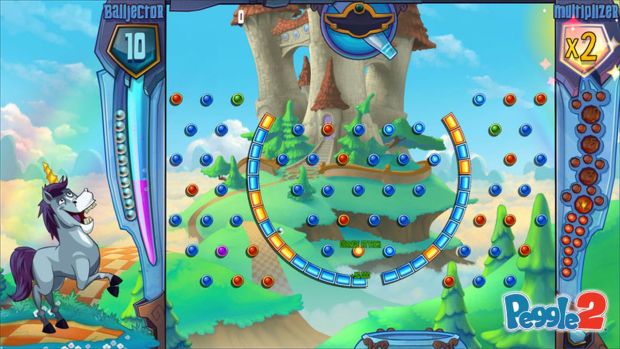 PopCap Interactive’s Peggle series has a fairly strong following – so strong in fact, that Microsoft realized how beneficial it would be to have Peggle 2 serve as a timed exclusive for the Xbox One. Nonetheless, the Achievements for the game have already been revealed. They indicate 28 Achievements for a total Gamerscore of 1000 points. You can check them out below. We’d tell you to beware of spoilers but for crying out loud, it’s Peggle. We don’t think you’ll find out who killed Dumbledore by reading them.

Toured the Campus (50G)
Completed every level in the Peggle Institute

Insitutionalized (25G)
Completed every trial in the Peggle Institute

Not Too Scary (50G)
Completed every level in Gravely Grove

Ultra Extreme Fever (35G)
Cleared all pegs in a level

Peggle 2 releases on December 9th for Europe and North America on the Xbox One.