The side-scrolling action platformer stars Pepper as she embarks on an adventure with her trusty drill Grinder to retrieve some treasure. 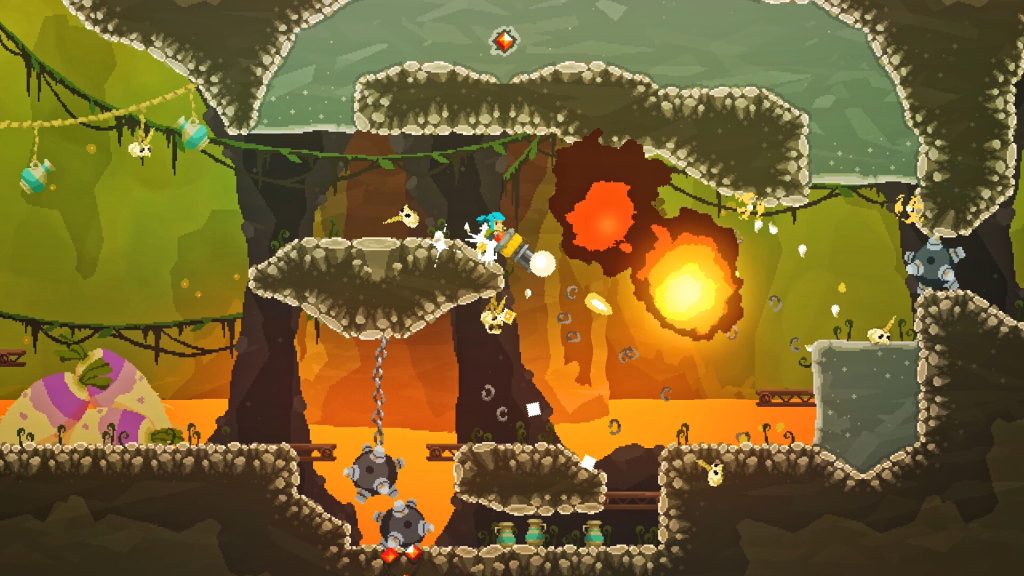 Along with announcing Inscryption for Nintendo Switch, Devolver Digital also unveiled a new title during the recent Indie World Showcase. Developed by Ahr Ech, Pepper Grinder is a side-scrolling action platformer about Pepper, whose treasure has been stolen. Now shipwrecked, she’s out to retrieve what’s hers, using a drill called Grinder.

The Grinder has several different purposes, capable of knocking out foes, drilling through the ground, and even commandeering machines. It sounds simple, but as the trailer showcases, precision is required when traversing areas, swinging from ropes, and slaying trails of foes. Also, there are mysterious towering beings to deal with.

New drill bits can be discovered and used to upgrade the Grinder, and you can earn jewels and other currency to make Pepper stronger. You can also unearth new areas and collect stickers during the journey.

Pepper Grinder is out in 2023 for Nintendo Switch and PC via Steam. Stay tuned for more details and gameplay in the coming months.