Both titles will also be available for Game Pass and serve as remasters for the original games with quality-of-life improvements. 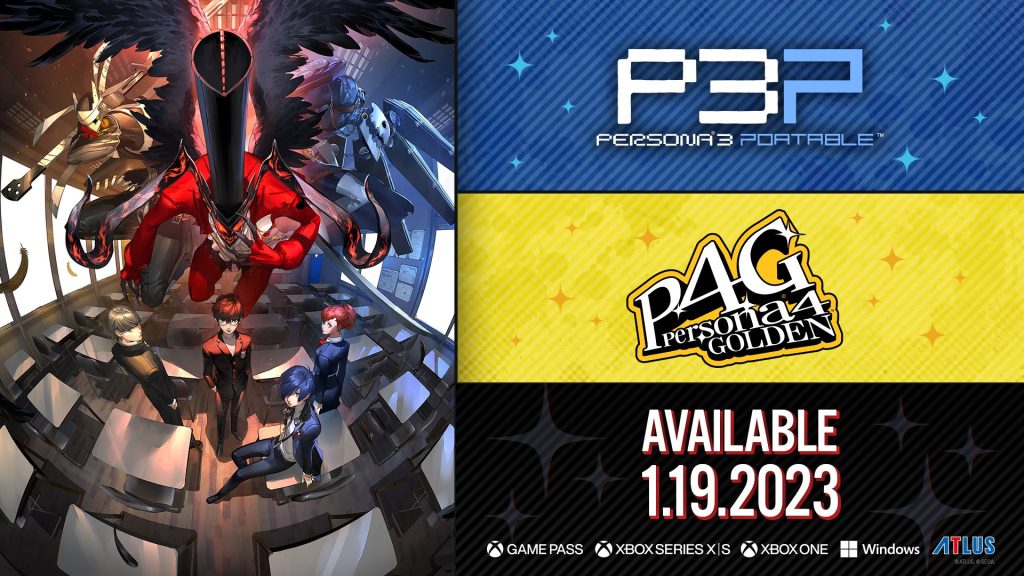 Atlus has announced that its remasters of Persona 3 Portable and Persona 4 Golden will launch on January 19th, 2023, for various consoles, PC and Game Pass. The former will be available for Xbox Series X/S, Xbox One, PS4, Nintendo Switch and PC. The latter is coming to the same platforms along with launching for the Microsoft Store.

Persona 4 Golden is available for PC via Steam and offers remastered visuals and additional graphical options. Persona 3 Portable’s various graphical improvements have yet to be detailed, but fans can at least expect 1080p/60 FPS gameplay along with quality-of-life improvements.

In the meantime, Persona 5 Royal releases on October 21st for Xbox One, Xbox Series X/S, PS5, PC, and Nintendo Switch, along with Game Pass. The enhanced version of Persona 5 offers new content like a new semester, Palace, playable characters, Personas, and improvements to the base game. Stay tuned for more details when it goes live next week.